“Hot dogs are for barbecues,” the poster reads. “Don’t leave your buddy in a hot car.”

That’s the message Walks ‘N’ Wags Pet First Aid in Vancouver has been pushing on social media lately, and it’s just one example of the many campaigns aimed at preventing heat stroke in pets -- mostly dogs -- left in vehicles during the summer.

Another campaign -- “No Hot Pets,” started by the Ontario SPCA -- asks pet owners to make an online pledge not to leave their animals in their vehicles.

These efforts and others are aimed at preventing incidents like the one that took place in Victoria on Monday, when police broke the window of a parked car to rescue two dogs from temperatures approaching 60 degrees celsius.

Citing an increase in calls about dogs left unattended in parked vehicles during the recent heat wave, Nanaimo RCMP issued a reminder to the public on Thursday about the dangers of such behaviour.

Even a few minutes in a sweltering vehicle can kill or seriously injure a dog. A B.C. dog walker is facing charges after six dogs in her care died from heat exhaustion after allegedly being left in her truck back in May.

That said, officials say not all dogs left in vehicles are in serious danger, and members of the public should observe the situation carefully before calling the police or animal control.

“We understand the urgency of these situations and appreciate how the public must feel when they see an animal in a parked vehicle,” said Const. Gary O’Brien of the Nanaimo RCMP in a release. “We also recognize the overwhelming majority of these calls are resolved successfully without any injury to the animal.”

If a dog in a car is shaking uncontrollably or looking lethargic or uncoordinated, then the situation may require police or animal control intervention. Members of the public who see dogs in distress can contact the BC SPCA’s animal cruelty hotline at 855-622-7722, or contact their local police department, RCMP, or animal control office.

If the vehicle needs to be entered, animal control officers will call a local tow company to open a locked door. Police officers can break a window to get an animal out of a car, but this can only be done as a last resort to save the animal’s life.

The best way to avoid such situations is to leave pets at home instead of in the car. Hot dogs are for barbecues, after all.

Please RT! Announcing our HOT DOGS ARE FOR BBQS campaign. Together we can prevent #heatstroke. #hotdogsareforbbqs pic.twitter.com/LYeTlwWs8R

McLaughlin On Your Side 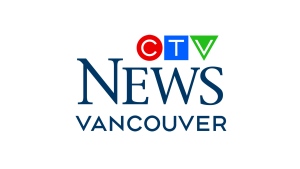