Here's how many B.C. government workers got pandemic pay raises, and how much it cost taxpayers, according to a report 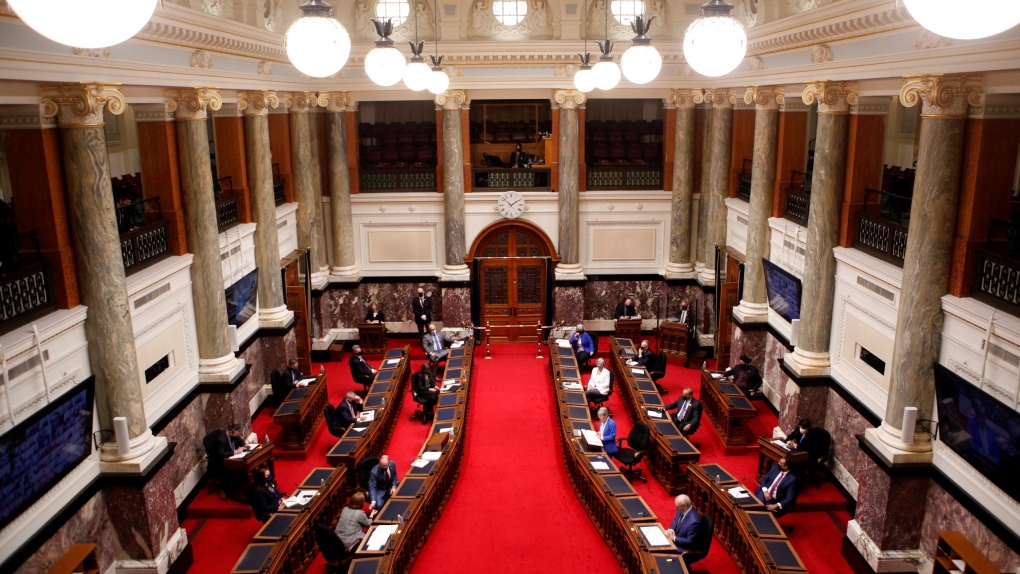 B.C. Finance Minister Selina Robinson tables the budget in a speech in the legislative assembly at the provincial legislature in Victoria, Tuesday, April 20, 2021. THE CANADIAN PRESS/Chad Hipolito

A just-released report suggests taxpayers in British Columbia spent millions more during the pandemic on raises for government workers.

According to the Canadian Taxpayers Federation, 33,336 B.C. government workers got raises in 2020, at a cost of approximately $69 million.

The data provided by the CTF suggests B.C. was among the provinces giving out the most raises in the last two years, following Ontario (64,958 employees) and Quebec (42,149).

Federally, nearly 313,000 government workers made more during the pandemic. Altogether, the data obtained by the CTF via Freedom of Information Act request suggested 528,347 government workers at the federal and provincial levels got raises.

In a news release Monday, B.C. director for the CTF Kris Sims pointed out many non-government workers took a pay cut, lost their job or saw their business severely impacted during the same time.

"It's unfair to ask them to pay higher taxes so bureaucrats and politicians can get a pay hike," Sims said.

The report from the not-for-profit agency that looks to reduce taxes by cutting government spending said Statistics Canada data shows that in addition to the pay raises, 306,800 more government jobs were added across Canada since the start of the pandemic.

It was not clear which sectors saw increases in headcount and salary, but the pandemic has likely created more work at the government level in areas including health care.

Prior to the pandemic, daily updates from the Health Ministry were not the norm, and several other events have occurred in that two-year span, including unprecedented heat, devastating floods and an escalating opioid crisis.

Still, it's easy to see why some would feel frustrated, especially small business owners who've been drastically impacted by public health restrictions associated with the pandemic.

Tax changes coming into effect in 2022 are likely unwelcome news for many who've struggled to make ends meet, including that those making $40,000 or more this year who will see more of their income deducted federally.

The B.C. government will be increasing its carbon tax later this year, meaning it'll cost more to drive and to heat residents' homes. Federally, the Canada Pension Plan and Employment Insurance tax each cost more, and alcohol taxes are set to go up in April.

In addition, many municipal governments are hiking property taxes, including in Vancouver where the city's new budget includes a higher-than-proposed 6.35 per cent increase.

Prime Minister Justin Trudeau cancelled plans to appear in person at a Liberal fundraiser in British Columbia Tuesday after RCMP warned an aggressive protest outside the event could escalate if he arrived, said a source close to the decision. The source spoke to The Canadian Press on condition of anonymity because they were not authorized to discuss the situation publicly.