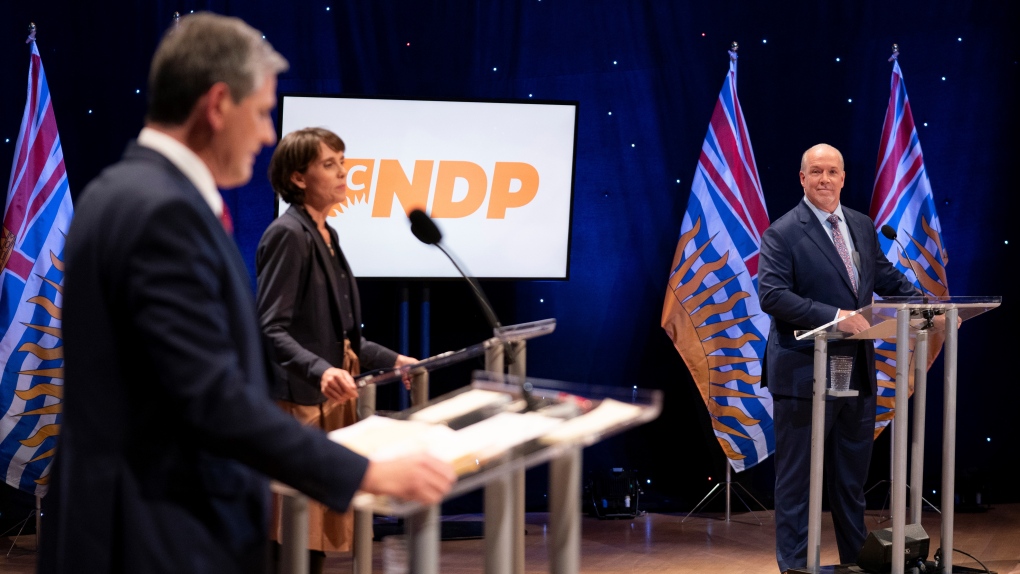 VANCOUVER -- B.C. New Democrat Leader John Horgan and Liberal Leader Andrew Wilkinson took verbal shots at each over the performances of past and present governments in a spirited radio debate.

Horgan repeatedly challenged Wilkinson about the record of past Liberal governments, saying those policies hurt the province, while Wilkinson said Horgan's New Democrats have been in government since 2017 but have achieved little.

Horgan, who referred to Wilkinson as “buddy” several times during the CKNW debate, replied that his government couldn't fix all the mess the Liberals left behind in one fell swoop.

Wilkinson called Horgan untruthful and a double-crosser for calling a snap election.

Green Leader Sonia Furstenau challenged Horgan and Wilkinson on energy policy and climate initiatives, saying they support subsidizing the energy industry rather than investing in an environment-friendly economy.

The debate follows Tuesday's televised leaders debate that was more civil in tone, but saw Horgan and Wilkinson face criticism for their comments about white privilege and systemic racism.

This report by The Canadian Press was first published Oct. 15, 2020.

B.C. mail-in ballots should now be returned in person: Elections BC