Almost 1 in 10 B.C. residents decorates more for Halloween than for Christmas, survey finds 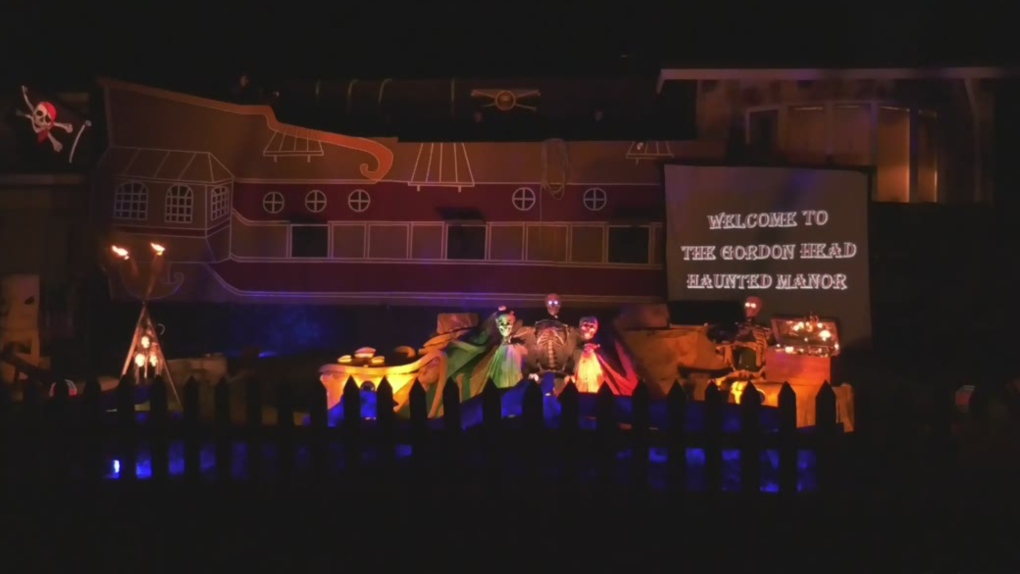 Nearly one in 10 British Columbians decorates more for Halloween than for Christmas, according to a new survey conducted for BC Hydro.

The online survey conducted by Majid Khoury asked 801 B.C. residents about their holiday decorating habits and electricity use. The poll's margin of error is plus or minus 3.46 percentage points, according to BC Hydro.

BC Hydro said a rising number of B.C. residents are putting up "mega displays" of Halloween decorations.

“BC Hydro data shows holiday displays account for about three per cent of the provincial electricity load during the holidays," says BC Hydro spokesperson Susie Rieder, in a news release.

"Halloween displays could eventually reach that level if the trend continues at its current pace."

The poll found 24 per cent of British Columbians say they put up Halloween displays that use electronics. Of those, about one in five use multiple electric decorations, such as outdoor lights, electronic jack-o-lanterns and plug-in inflatables.

This can increase electricity costs, especially if older, incandescent lights are being used. Roughly eight per cent of B.C. light displays use exclusively incandescent light bulbs, according to BC Hydro. Another 22 per cent have at least some of the energy-inefficient lights in the mix.

The utility recommends people reduce their energy consumption and save money on holiday light displays by switching to LED lights and using timers.