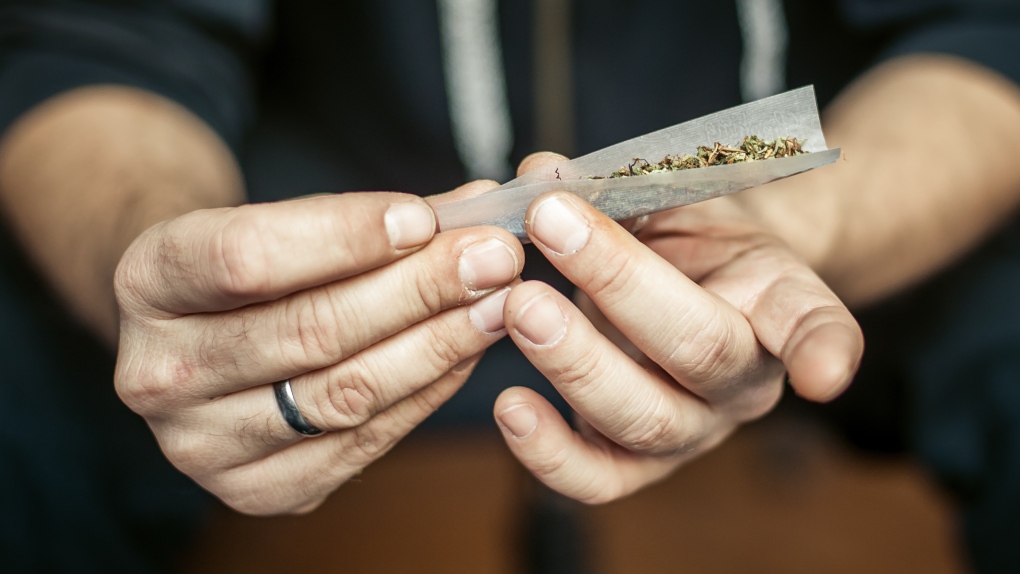 A man rolls a joint in an undated stock image from Shutterstock.

The B.C. Human Rights Tribunal has awarded $1,500 to an RCMP veteran who was kicked out of a Vancouver Island bar for rolling a joint in his lap, finding that his rights as a medical cannabis user were violated.

Because the retired Mountie uses cannabis as a prescribed treatment for post-traumatic stress disorder – a condition he suffers as a result of his policing career – the tribunal found the pub had discriminated against him on the basis of a mental disability.

The incident dates back to May 2019, when Robin Hayes was drinking beer at the Port Sports Pub in Port Alberni and began rolling a joint between his legs.

The tribunal heard that server Cindy LaForge told Hayes his behaviour was illegal and could get the pub in trouble, despite him indicating it was medical cannabis. The former RCMP officer finished rolling his joint and walked outside to smoke it.

"Hayes testified that upon his return inside the pub, Ms. LaForge was confrontational with him," tribunal member Sonya Pighin wrote in her decision, which was posted online last week.

"She tried to explain to him how reasonable she was, that what he was doing was clearly illegal, and then she told him to get out."

Canada legalized recreational canabis in 2018, meaning adults are allowed to carry up to 30 grams in public, regardless of whether it's medical.

Hayes told the tribunal the experience was degrading, particularly as he'd been going to the pub for years to socialize, have breakfast and participate in meat draws, and that it aggravated his PTSD symptoms.

He argued the only other options available to him at the time would have been to roll the joint in a bathroom stall or alleyway.

In his complaint against LaForge and the Port Sports Pub, Hayes asked for $1,500 in compensation and an order forcing the establishment to "ensure all employees are aware of the rights that persons with disabilities have to prepare medical cannabis cigarettes inside public spaces," all of which the tribunal found to be reasonable.

Pighin ordered the pub to provide employees with several documents, including part of the Cannabis Control and Licensing Act and a human rights facts sheet from the B.C. government, and ensure they read them by no later than Jan. 15.

Hayes' arguments went uncontested throughout the hearing, as neither LaForge nor the Port Sports Pub were allowed to present evidence – the tribunal said both failed to file a response to the retired Mountie's complaint, despite being given adequate notice.

Pighin said forcing Hayes to address undisclosed witnesses and arguments on the spot would be have been more unfair than barring the pub and server from making their case.

But the Port Sports Pub, represented by Ping Wang, and LaForge were both given the opportunity to question Hayes during his testimony.

The tribunal noted LaForge's questions seemed designed to make Hayes "admit that he became aggressive, belligerent, and rude towards her upon his return inside the pub," and that was why she made him leave.

Hayes denied that characterization, however, and Pighin found the RCMP veteran to be a credible witness.

In determining compensation, the tribunal considered the fact that Port Alberni, which has a population of about 17,000, is a small community with "limited options for participation in social life," but also that the confrontation was short and discrete.

Pighin awarded Hayes $500 from LaForge and $1,000 from the pub for injury to dignity, feelings and self-respect.