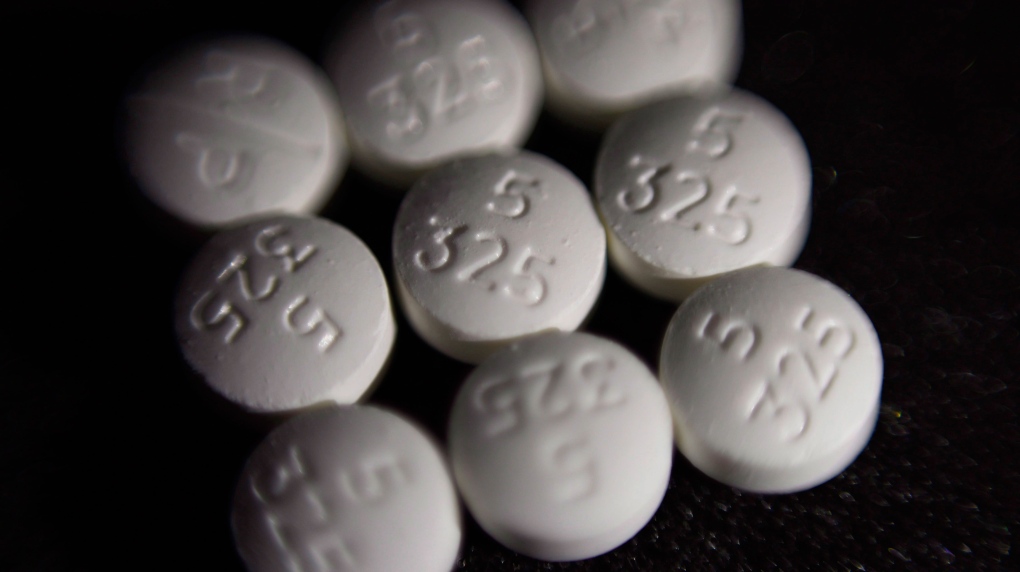 This Aug. 15, 2017, file photo shows an arrangement of pills of the opioid oxycodone-acetaminophen, also known as Percocet, in New York.(AP Photo/Patrick Sison, File)

In a survey conducted by Research Co. last month, 57 per cent of respondents said they support drug treatment that aims for abstinence instead.

On the other hand, 48 per cent of respondents indicated they prefer the opposite: treatment that does not aim for abstinence and relies on opioid replacement.

Approval rates for safe injection sites and needle exchange programs were similar at 59 per cent and 58 per cent respectively.

"Canadians who voted for the Liberal Party (77 per cent) and the New Democratic Party (64 per cent) in the last federal election are supportive of supervised injection sites," said Mario Canseco, president of Research Co. "However, only 48 per cent of Conservative Party voters in the 2015 ballot concur."

The results were also divided based on location.

Respondents in Atlantic Canada and Quebec were more likely to approve of a supervised injection site located "a block away from their home." Those in B.C., Manitoba, Saskatchewan, Ontario and Alberta were less likely to approve.

Research Co.'s results are based a survey of 1,000 adult Canadians conducted online between July 15 and July 17. The data carries a margin of error of 3.1 percentage points.