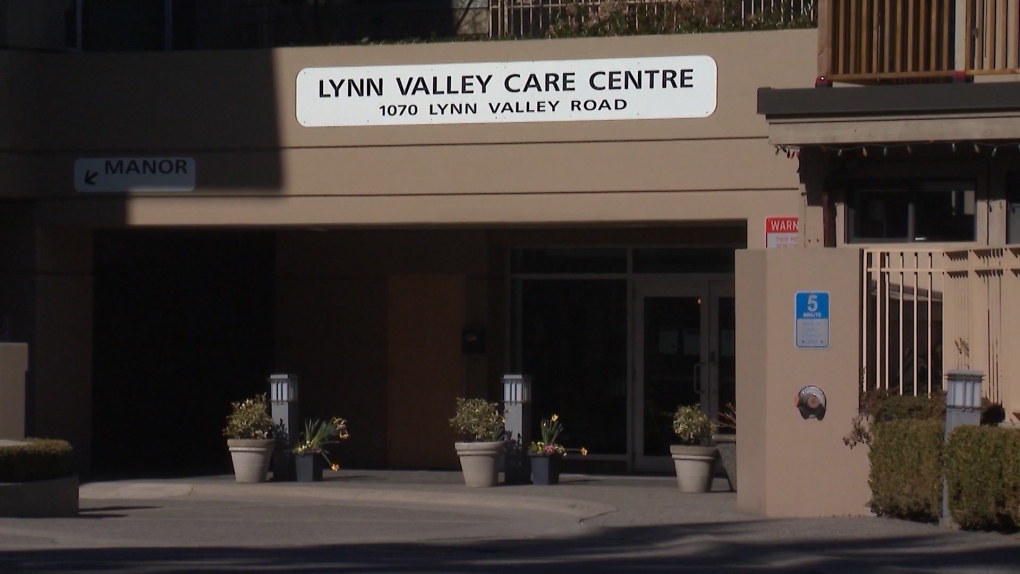 Lynn Valley Care Centre in North Vancouver is seen in this file photo.

VANCOUVER -- A man in his mid 20s has been charged in connection with a hoax phone call made to a North Vancouver care home dealing with a COVID-19 outbreak back in March.

Taymour Aghtai has been charged with one count of conveying false information with intent to injure, the BC Prosecution Service confirmed Wednesday. Online court records indicate Aghtai was born in 1994.

He's scheduled to appear in court in North Vancouver on Thursday.

Aghtai is accused of making a phone call to the Lynn Valley Care Centre on March 8, in which he allegedly posed as a B.C. health official ordering the centre to lock down because of COVID-19.

In July, staff at the care home shared details about the call with CTV News Vancouver.

“The call was made by an individual posing as a member of the health authority stating that the centre has been shut down due to COVID-19, and no one is allowed in or out,” said Noori Shahkar, the administrator and environmental safety coordinator for the centre, in a statement in July.

The caller named a number of staff specifically and said one of them had tested positive for the virus, according to Shahkar.

“The caller also said the staff that are currently working can’t leave, the people who were supposed to come work in the morning would not be let in, and officers were on the way,” Shahkar said.

It took LVCC several hours to get a hold of health authorities to confirm it was a hoax.

“By that time, though, the damage was already done. A lot of staff didn’t show up in the morning, the staff that were already working had to stay longer,” explained Shahkar.

He said that caused the centre to be short-staffed for 16 to 24 hours.

Lynn Valley Care Centre was the site of the first COVID-19 death in Canada. A total of 20 residents died at the facility before the coronavirus outbreak there was declared over in June.