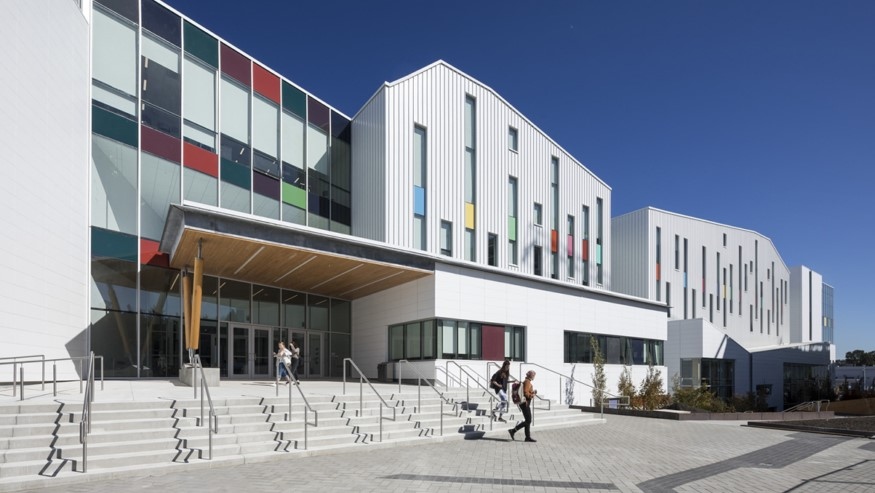 The Emily Carr University campus is seen in this photo provided by the university.

Students at Vancouver’s Emily Carr University are staging a walkout and rally Thursday over a proposed 30 per cent tuition hike for international students.

Dec. 1 is also when the university’s board of governors is scheduled to make its final decision on the fee increases. Organizers of the student protest says the hike would bring Emily Carr an additional $1.8 million in annual revenue while adding $5,941 more to each student’s tuition.

“We are calling on the B.C. government to intervene immediately to pause this cash grab, and invest in Emily Carr University,” Kashish Hukku Jani, a fourth-year, international student at Emily Carr, said in a press release Tuesday. “We need to stop financing university deficits from our most marginalized members. Enough is enough.”

In a notice sent out to students on Nov. 25, Emily Carr laid out several proposed tuition fees, the largest being a 30 per cent hike for international undergraduate students.

Before students were set to walk out at 11 a.m., Jani told CTV news she was expecting hundreds of people to participate, and that a few instructors had adjusted their classes so more students could rally. She also said she anticipated the board of governors will vote in favour of the tuition increase later Thursday.

Since international students pay taxes and are expected to help with the national labour shortage, Jani argues they should have the same access to education that leads to those jobs.

Right now, she pays roughly $20,000 in annual tuition as a full time students. Her roommates, who are both domestic students, pay about 20 per cent of what Jani does.

“We’re all living through Vancouver’s inflation and skyrocketing prices.”

CTV News has reached out to the Ministry of Advanced Education for comment.

A man has been arrested and two children are dead after a driver crashed a city bus into a daycare in Laval, Que. Wednesday morning. The deadly crash sent multiple children to area hospitals and parents scrambling to find their kids shortly after they dropped them off for the day at the Garderie éducative Sainte-Rose, north of Montreal.