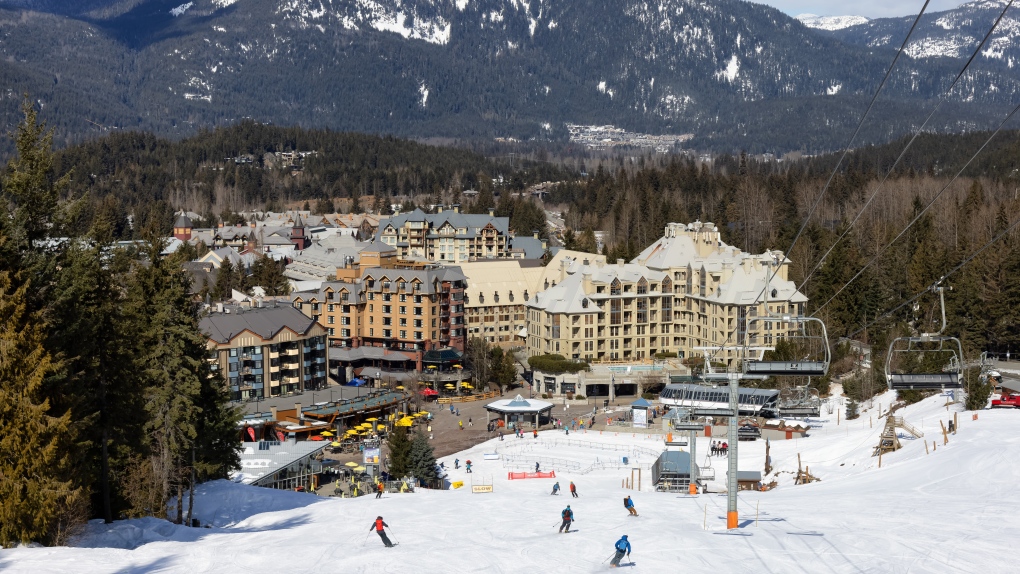 Whistler, B.C., is seen in an undated image. (Shutterstock.com)

Winners of awards that highlight the worst government spending of the year have been unveiled, and a British Columbia bureaucrat was among those called out.

The Canadian Taxpayers Federation gave a nod to the Thompson-Nicola Regional District in its 24th annual tongue-in-cheek Teddy Awards ceremony.

"A champagne room and bling are usually the realm of rockstars, but a bureaucrat at the (TNRD) treated himself to a baller lifestyle with the taxpayer credit card," the CTF said in a news release Wednesday.

The group awarded its municipal prize to the TNRD's former chief administrative officer Sukh Gill, who it says spent more than $500,000 over five years.

That money, the CTF said, went to high-priced meals, jewelry for staff and "nearly $9,000 to rent a champagne room in Whistler during a municipal conference."

The City of Vancouver was a nominee in this category for a $645,000 outdoor toilet.

The pre-fabricated public washroom in Coopers' Park was covered by a provincial grant, and drew much criticism from the Opposition Liberals last March.

Canada's supersized climate delegation to COP26 took home the lifetime achievement award. The federal government paid to send 376 people to the United Nations event in Glasgow – the largest delegation including that of the host country, the United Kingdom.

"Finance Minister Chrystia Freeland stayed in the wrong city and paid $3,000 for a luxury chauffeur service between Edinburg and Glasgow," the group wrote.

The federal winner was the National Capital Commission, which spent about $11 million renovating the prime minister's "country retreat," including $2.5 million for a "backup cottage," the CTF said.

Provincially, Quebec took the unwanted prize for a $380-million investment in an aviation investment the CTF says is "now worthless," according to an annual report.

The Teddy Awards are named after Ted Weatherill, a former federal employee fired in the late 1990s for expense claims including a $700 lunch for two.

The Canadian Taxpayers Federation describes itself as a non-partisan, non-profit advocacy group claiming thousands of supporters, but voting membership is restricted to a small board of directors and politicians including Alberta Premier Jason Kenney have a history with the group.

Several former members have gone on to become political leaders.

The group generally advocates for fiscally conservative policies such as lower taxes and reduced government spending, as well as market-led politics.

Its controversial history includes arguing that the government should "phase out" the Indian Act and "stop treating (Indigenous people) as though they are different from other Canadians."

A highly contagious and deadly virus that affects rabbits and hares has been detected in Ontario for the first time.

The moon has a new double crater after a rocket body collided with its surface on March 4.