The modest 10-bed hospital in Hope, B.C. has finally ended its disaster status, three weeks after mass flooding and landslides trapped travellers and residents, sending a surge of patients to a tiny hospital unequipped to handle the volume.

The “code orange,” which indicates a disaster or mass casualties, was declared at Fraser Canyon Hospital on Nov. 14 and ended Friday, but the facility’s medical director says the staff are still on edge with road conditions still tenuous.

"Every day, we have moments where weather changes and questions always arise because the roads have been so vulnerable,” said Dr. Aseem Grover.

“Is there going to be another rockslide or landslide? How am I going to get to and from work? What do I take with me in my vehicle as a backup plan?"

Grover also revealed the hospital itself was nearly evacuated, with a backup field hospital set up as a contingency, since the nearby riverbank was eroded by floodwaters. Nonetheless, the staff at Fraser Canyon Hospital had rushed to the facility on that Sunday in November – one nurse riding an ATV through debris-strewn roads as Grover and others made their way there from Abbotsford under police escort – to help treat injured travellers, find shelter for tiny newborns and help find food for stranded people.

“It’s been like a marathon,” he said. “We’ve been living through ongoing disaster management protocols.”

The Hope facility is the closest hospital to the hamlet of Boston Bar, where four patients urgently needed help: from cancer treatment, to anti-psychotic injection drugs, to a toddler needing colostomy supplies. Without a medical facility in the community, Grover knew he’d have to aim for the bowling alley, which functions as a pharmacy for the community.

Only a Canadian Forces helicopter could handle the conditions to get the rural physician specialist there. Its crew successfully deposited him for a lightning-quick visit, during which he cared for all the patients within a half hour, but the way back south through the narrow and steep-sided Fraser canyon would prove treacherous.

"The fog was so dense, it was very hard to see anything, even with night vision goggles," said Grover. “We were getting closer and closer to power lines (the crew was) having a hard time seeing. We had to end up taking a quick drop and we ended up … flying just above the Fraser River. At that time, as we were floating above the Fraser River, things happened so quickly."

The pilot made an emergency landing on a bank of the river near Yale and the soldiers told him they’d have to overnight there, but with the river rising and another 25 millimetres of rain expected, they knew they couldn’t stay there. Luckily, some local residents and a CN Rail crew had seen their steep descent and gone to check on them.

The locals helped guide Grover and his companions to solid ground high above the river between railroad tracks and the highway in a narrow strip barely big enough for the aircraft. A friend was able to reach Grover and take him home for a hot meal; he would be at the hospital early the next day. 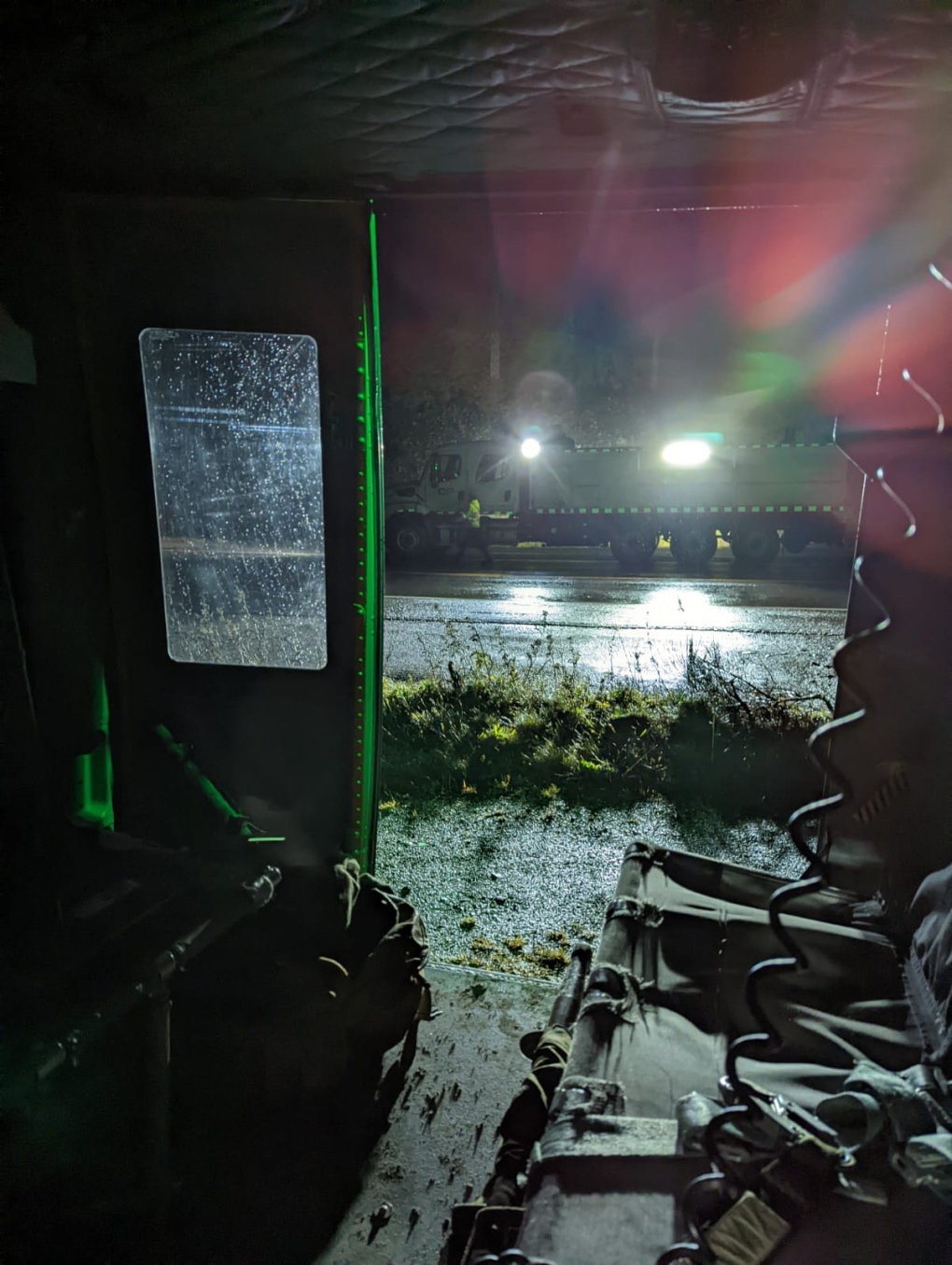 Dr. Aseem Grover shared this photo of the narrow strip of land next to the highway and railroad tracks where the helicopter was able to land.

RURAL PHYSICIANS THE “MACGYVERS” OF MEDICINE

Dr. Josh Greggain was Grover’s predecessor as medical director of the Fraser Canyon Hospital and helped coordinate provincial supports and requirements while Grover was treating patients up and down the canyon.

"Every code orange or every disaster is a little different and this one had unbelievable impact,” he explained. “It affected not only who was in the community, the people caught in the mudslide, but also then transportation on all the highways."

Greggain pointed out that even the best laid plans are subject to change, and the nature of the disaster can make a big difference. But he also described rural medicine as constantly requiring creativity and an ability to think quickly to provide the best care with the resources available.

“Some of the challenges are, as I call them, Canadian problems: the geography is so vast and the resources are spread so thin outside of the Lower Mainland that it's impossible to get everything you need in every situation,” he said. “There’s always a conversation around what is needed and why and how we can be resourceful. And rural places like Hope continue to do unbelievable things with very limited resources.”