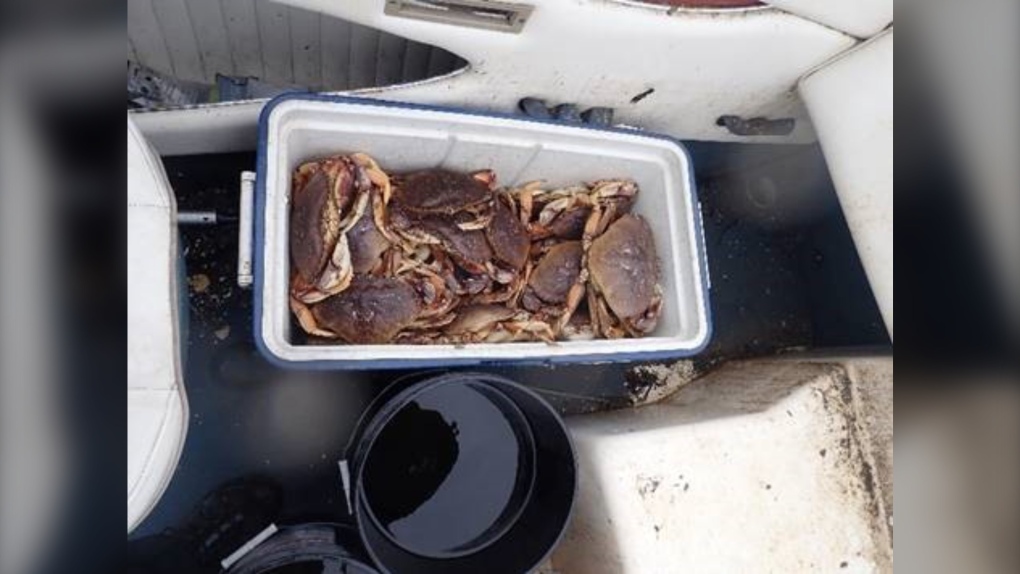 VANCOUVER -- A recreational crab harvester has been fined and banned from holding fishing licences for five years as a result of illegal harvesting that took place in 2018.

Laird Goddyn was found in possession of 89 crabs on June 30, 2018, according to a news release issued by Fisheries and Oceans Canada on Thursday. The legal limit for recreational fishers is four.

On May 19 of this year, a judge found Goddyn guilty of violations of Canada's Fisheries Act and ordered him to pay $7,500 in fines, the federal department said. The judge also banned Goddyn from holding tidal and non-tidal fishing licences for five years.

The investigation into Goddyn began in April 2018 and involved both Canadian and American authorities.

Around that time, Washington's Department of Fish and Wildlife notified Fisheries and Oceans Canada that it was investigating Goddyn for illegal crabbing "that potentially involved sales in Canada."

RCMP found him with the 89 crabs during an inspection at White Rock’s Elgin Park Marina, according to the federal department.

"The crab were measured then released alive back into the water, and Mr. Goddyn’s fishing vessel and cell phones were seized as evidence," the agency said in its release.

In his decision, the judge ordered the return of Goddyn's boat, subject to a storage fee of $4,638.48.