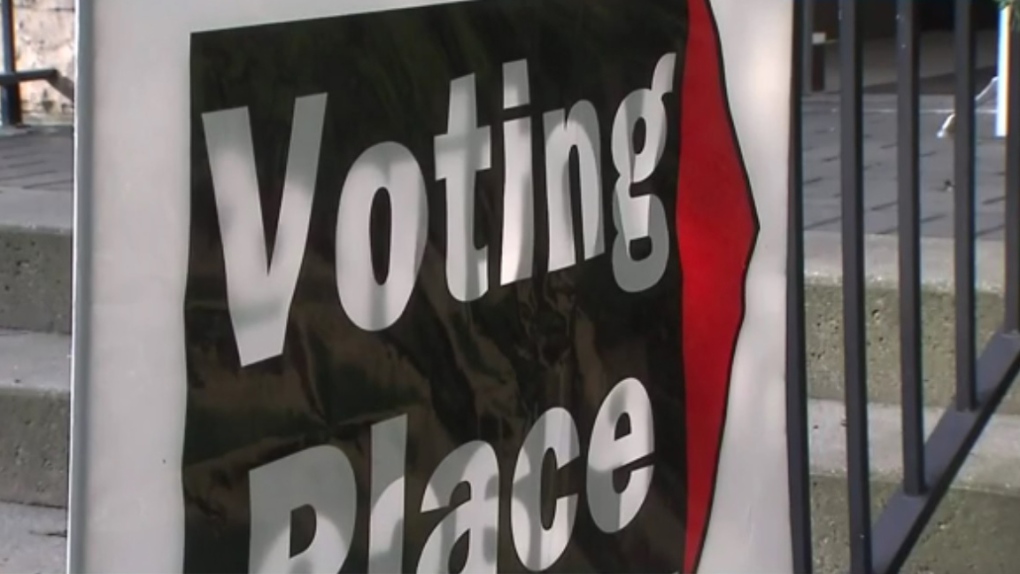 VANCOUVER -- After a whirlwind election campaign that unfolded in the midst of the COVID-19 crisis, it's almost time for British Columbians to decide their next government.

Will voters deliver John Horgan a majority, allowing the NDP to single-handedly steer the province's pandemic response going forward? Will the BC Liberals reclaim power under Andrew Wilkinson's leadership? Will the influence of Sonia Furstenau's Greens grow or diminish after the party played kingmaker in 2017?

Only time will tell – but these ridings could signal which way the wind is blowing on Saturday night.

This BC Liberal stronghold belonged to former deputy premier Rich Coleman for 24 years. But Colembc an has stepped aside and his replacement, Margaret Kunst, faced significant criticism this year for voting against a symbolically supportive rainbow crosswalk as a Langley Township councillor. The NDP is running Megan Dykeman, a business owner, school board chair and farmer, while the Greens have put up Cheryl Wiens, a laboratory scientist who grew up on an Alberta farm. The Conservatives could make a dent as well, running Ryan Warawa, son of longtime Langley MP Mark Warawa.

While the NDP's Jinny Sims was cleared of criminal wrongdoing earlier this year after a former staffer accused her of accepting money for visa reference letters, there's no telling whether the headlines will still hurt her come Saturday. She's battling a high-profile challenger in Gulzar Cheema, a family doctor and former BC Liberal cabinet minister.

This riding has changed hands between the Liberals and NDP a number of times over the years. The NDP's Bob D'Eith won by only 325 votes in 2017, and he's now facing off against the Liberals' Chelsa Meadus, a Maple Ridge city councillor who has criticized the province's response to homelessness in the community – a hot-button issue for many local voters. The Greens are running Matt Trenholm, head of the CT imaging department at Surrey Memorial Hospital.

Liberal incumbent Sam Sullivan eked out a win last time with just 415 votes, and the former Vancouver mayor is facing a tough opponent in the NDP's Brenda Bailey. Bailey is an entrepreneur who launched her first business in the riding in 2004, and later started Canada's first woman-owned video game studio. Extinction rebellion spokesperson Maayan Kreitzman is running for the Greens, while body shop owner Erik Gretland is representing the Conservatives.

This is the riding the NDP's Ronna-Rae Leonard won by a hair in 2017, leading to a recount that left B.C. voters in limbo waiting to learn if the BC Liberals had managed another majority. She's facing Liberal candidate Brennan Day, an entrepreneur with a background in the fossil fuel industry, and Green candidate Gillian Anderson – not of "The X-Files" fame, but who has nonetheless made a name for herself fighting environmental battles in the province.

The NDP's Susie Chant is looking to take down BC Liberal incumbent Jane Thornthwaite, who weathered significant criticism earlier this month – including from her own party leader – for sexist comments she made about a fellow MLA. The Greens have put up Harrison Johnston, a student activist who helped organize the climate strike protest in September 2019 and Greta Thunberg's visit the next month.

Andrew Weaver's old riding won't be a cakewalk for the Greens, with the NDP fronting high-profile candidate Murray Rankin, an environmental lawyer and longtime MP for Victoria. The Greens' Nicole Duncan – a business and privacy consultant who was previously elected to Victoria's school board – is a strong contender as well. The Liberals are running Roxanne Helme, a lawyer with decades of experience who has also served on the BC Association of Police Boards.

BC Liberal incumbent Dan Davies won with a comfortable lead of almost 7,000 votes in 2017, but he's facing off against new Conservative leader Trevor Bolin, who has been campaigning hard to deliver the party its first elected seat in the legislature in decades. (Liberal MLA John van Dongen crossed the aisle to the Conservatives in 2012, only to resign from the party months later.) The NDP is running Danielle Monroe, who previously worked under Energy Minister Michelle Mungal and Edmonton MP Linda Duncan.