An extravagant wedding celebration that had a ferris wheel on site was shut down by Surrey, B.C., bylaw officers this week after complaints were received.

Officers were called to a home on 192 Street near 76 Avenue Tuesday evening after getting "multiple noise and traffic complaints from neighbours."

Surrey RCMP were bombarded with complaints about the event and say police received more than 50 calls between 10:30 p.m. Tuesday and 2:30 a.m. Wednesday. The majority of the complaints were about noise.

In a statement to CTV News Vancouver, the city's bylaw department said 15 tickets were issued for parking infractions and multiple vehicles were towed. Mounties also went to the home to support bylaw officers.

"This appeared to be a wedding celebration," the statement said. "Bylaw officers advised the organizer of (the) wedding to stop and desist their activities due to noise and traffic issues impacting the neighbourhood."

The next day, bylaw officers and Mounties went back to the house with building and electrical inspectors. According to the bylaw department, "multiple illegal tents" were set up behind the house along with a ferris wheel. A stop work order was issued because the property owner reportedly didn't get the appropriate permits for the large tents.

"The city also issued compliance orders to the owner due to concerns over the electrical set up," the bylaw department said, adding that fines for zoning and building infractions will be issued.

Surrey RCMP told CTV News in an email its community response unit is still working with the city's bylaw department to fully address the issue. While no tickets were handed out for breaking COVID-19 health orders, Mounties said they're being considered.

Multiple people told CTV News the lavish event was to celebrate the wedding of popular Punjabi singer-actor Parmish Verma and his bride Geet Grewal. She ran unsuccessfully for the Liberals in the last federal election. CTV News reached out to the family to request an interview but did not hear back.

Verma posted videos and pictures of his wedding celebration to his 6.5 million followers on Instagram. 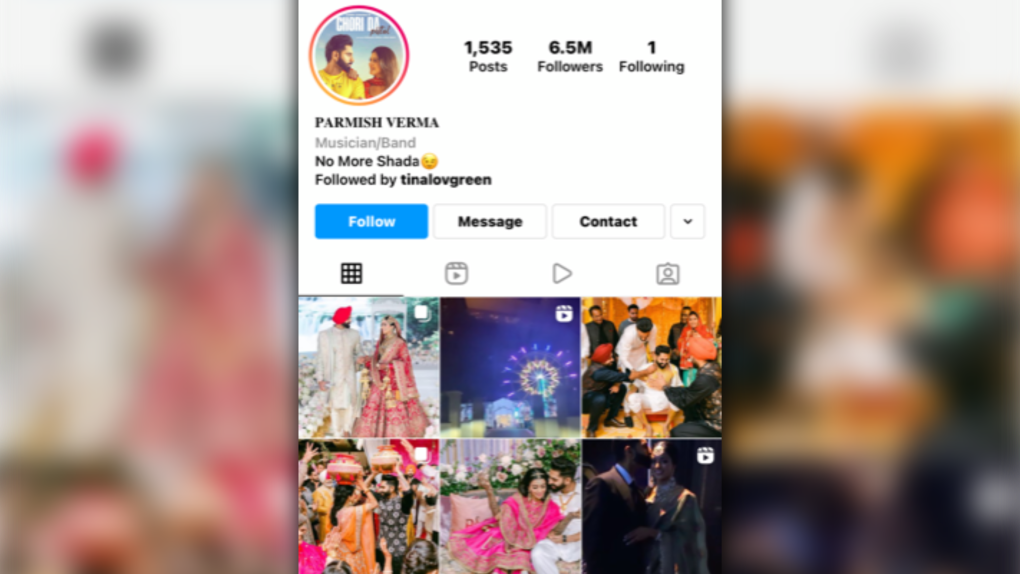 CTV News also spoke to a woman who identified herself as the couple’s wedding planner. She said there were fewer than 130 people at the reception on the night in question and less than 70 guests at most of the wedding events that took place over six days.

She said organizers removed some speakers from the property after a noise complaint Monday.

The planner said the ferris wheel was a surprise for the groom.

But you can’t just put up a ferris wheel on private property, according to bylaws.

The City of Surrey said organizers would have needed “proper zoning for installing and operating a ferris wheel."

"Electrical permits would have been required for electrical connections. No permit for this work was issued,” the city said.

The event organizer said they provided a shuttle service so people didn’t park on the street and screened all guests to ensure they were double vaccinated.