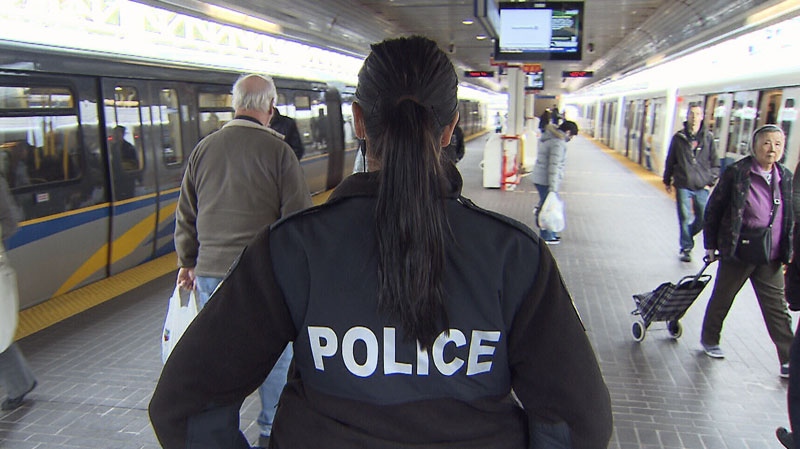 A Metro Vancouver Transit Police officer is seen at a SkyTrain station in this December 2021 file image.

A transit police officer was allegedly assaulted with bear spray while attempting to make an arrest near a SkyTrain station in Burnaby.

According to a tweet by Metro Vancouver Transit Police, the officer suffered an arm injury during the attack, which unfolded near Gilmore SkyTrain station on Wednesday.

"Despite his injuries, he kept the suspect, who is known to police, in custody until Burnaby RCMP arrived on scene to assist," the tweet reads.

Authorities say two other officers were injured in a car crash while responding to the call for assistance.

"All three officers have since been released from hospital and are recovering at home. We are grateful the suspect didn't harm any members of the public," the tweet continues.