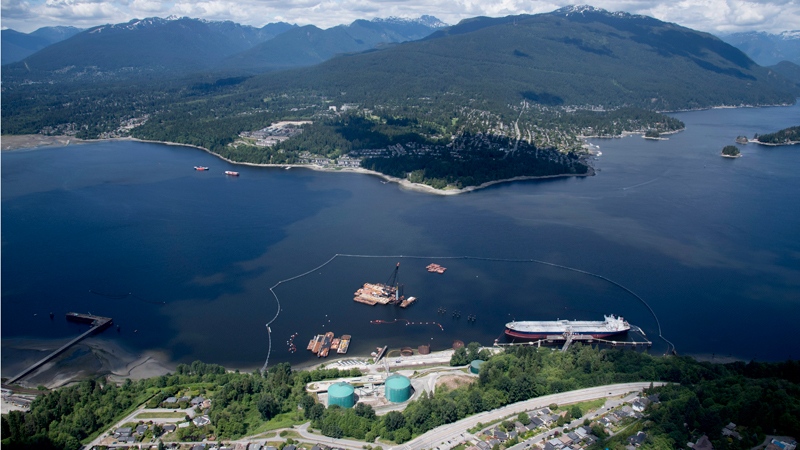 A aerial view of Kinder Morgan's Trans Mountain marine terminal, in Burnaby, B.C., is shown on Tuesday, May 29, 2018. THE CANADIAN PRESS Jonathan Hayward

VANCOUVER - Scientists from across Canada have signed their names to a letter urging the British Columbia government to tighten the wording of its proposed environmental assessment legislation.

The open letter is signed by nearly 200 academics, researchers or officials from 15 Canadian post-secondary institutions and 13 environmental or scientific organizations.

It says Bill 51, which was introduced by the NDP government earlier this month, contains a number of positive reforms and important amendments that will change the way mines, dams and pipelines are reviewed and approved in B.C.

But the letter says the proposed legislation continues to give priority to industry-generated evidence and does not require an independent peer review of that evidence, or that all records be made public.

The scientists say lack of independent science and peer-reviewed evidence is one of the most significant flaws in B.C.'s current environmental assessment regime, yet the proposed legislation does little to address the issue.

Michael Price, a PhD candidate at Simon Fraser University, says science must be at the heart of decision making, especially when it concerns the environment.

“If the B.C. government is serious about rebuilding public trust in environmental assessments, that science must be rigorous, transparent and objective,” Price says in a release Monday.

The scientists - representing every major British Columbia university, as well as universities from Alberta east to Montreal and Newfoundland - urge politicians to carefully consider their recommendations when the bill is debated in the legislature.