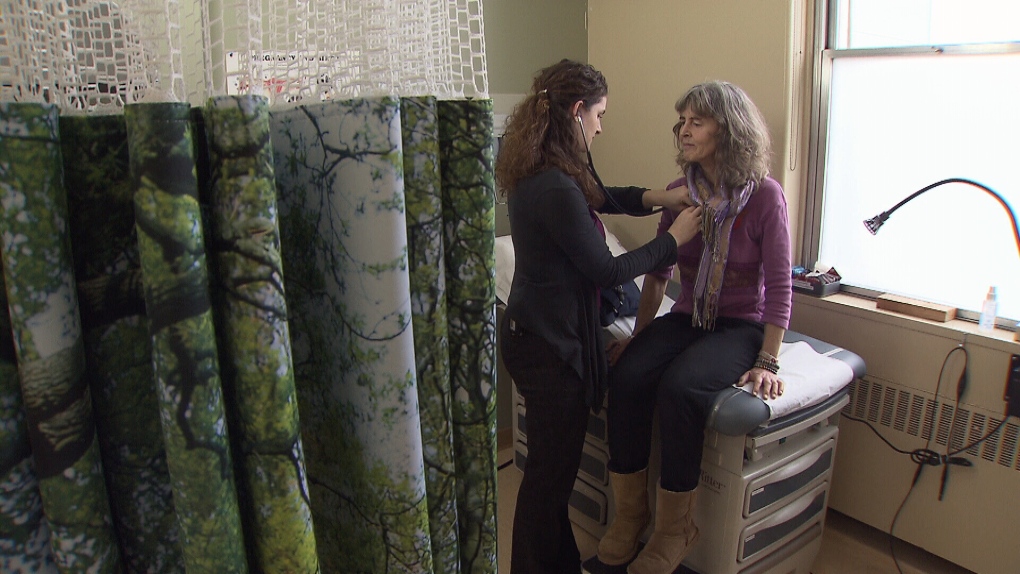 Peggy Frank, who was diagnosed with HIV in the 1980s, is examined at the Oak Tree Clinic at BC Women's Hospital. (CTV)

Findings from two studies by the B.C. Centre for Excellence in HIV-AIDS say barriers to treatment and care are leading to higher death rates and transmission among women with the virus.

Dr. Angela Kaida is the author of both studies, and says there's an urgent need for women-centred care that acknowledges and addresses these barriers.

Researchers discovered nearly half of women with HIV-AIDS weren't tested see if they'd be resistant to the drugs used to combat the illness.

Another 17 per cent were given antiretroviral drug regimens that were not recommended for their particular cases.

The studies show hard-to-reach populations, such as women who earn less than $15,000 or use drugs, were 25 per cent more likely than men to not get the help they need.

The studies were conducted over ten years starting in 2000, and examined women from varying geographic and economic backgrounds.