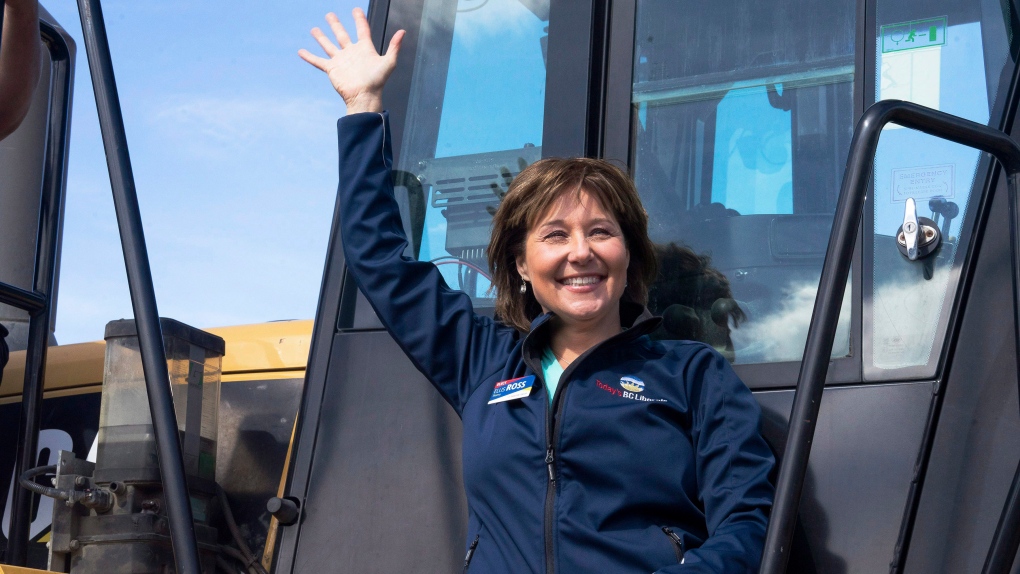 B.C. Liberals made almost $5 million in donations from the people they appointed to the boards that oversee many government functions in this province – some 21 times more than the appointees gave to the NDP, according to a CTV News review.

More than half of the board members in dozens of government institutions, including Fraser Health, the University of British Columbia, the B.C. Lottery Corporation, and the Vancouver Police Board, are liberal donors, the review found.

It’s a sign that the incumbent party could be “stacking the deck” in favour of its friends rather than picking the best people based on merit, said Dermod Travis of government accountability watchdog Integrity BC.

“That raises some eyebrows,” Travis said. “You don’t want to conclude that the government has stacked the boards with supporters, but it’s hard to avoid it.”

But the B.C. Liberal Party said the connection is a coincidence.

“There is no correlation between appointments and donations,” spokesperson Alexis Pavlich told CTV News. “The appointments are through a transparent government process.”

The New York Times has called B.C. the “wild west of Canadian political cash,” reporting that lax rules mean no limits to donations and possible conflicts of interest when the politicians in government make decisions that relate to the people paying their bills.

Political donations have been an issue raised in the election, with the NDP and Greens promising to end corporate and union donations, while Christy Clark has promised to convene a panel to discuss changes.

CTV News built a computer program to check the list of 1,600 current provincial appointments across the province, and compare it to Elections BC’s database of party donors.

The results: a minimum of $4.78 million was donated in the past 12 years by the 343 liberal donors who B.C. ministers or cabinet appointed to the boards.

Of those, the top donor was developer Bruno Wall, whose name is associated with $604,000 in donations either personally or through companies such as Wall Financial Corp since 2005, when digital records started at Elections B.C.

Wall was appointed to the B.C. Ministers Council on Tourism through a ministerial letter in September 2015. He didn’t return messages to CTV News left through an assistant.

Philip Hochstein made about $40,950 in personal donations, and $246,934.50 in donations as his capacity as president of the Independent Contractors and Business Association (ICBA), a lobby group for tradespeople. He was appointed to the Fraser Port Authority by ministerial letter on May 18, 2016.

He’s also been named the Chair of the B.C. Turkey Marketing Board by Order In Council in January 2016.

Hochstein told CTV News he doesn’t have any experience with turkeys at all. But he said he’s been appointed because of his experience building an organization.

“I’m the chair of the turkey marketing board because they’re interested in trying to grow the industry. I’m pretty knowledgeable and I think that’s why they appointed me,” he said.

He said he gets paid $325 a meeting with the Turkey Marketing Board, and an annual retainer of $15,000 for his position on the board of the port authority.

“It’s not making my retirement, put it that way,” he said.

There were 90 NDP donors appointed as well, for a total of $222,000. That’s less than half of what the Liberals received from their top donor.

But eight of the top ten NDP donors actually gave more money to the Liberal party.

For example, the NDP’s fifth highest donor, developer Peeter Wesik, who sits on the board of the Royal B.C. Museum, donated $7,580 to the NDP.

Wesik is an example of someone giving his time to make B.C. institutions better, said Pavlich.

“Many of these people are volunteers, like Mr. Wesik, so the idea they are somehow being rewarded makes little sense,” she said.

But Travis said there is a benefit.

“There is prestige, and incredible networking opportunities,” he said, adding that could further benefit a business that such a board member is in.

The top NDP donor is Lynn Bueckert, appointed to the board of Worksafe BC, whose name is associated with $47,471 in donations in 12 years – about $32,000 in her capacity with the B.C. Government and Service Employees Union, and the rest personally, in monthly donations of $30 to $300.

In B.C., there is no cap on donations and unions and corporations can give what they please. By contrast, in the federal government, there is a maximum $1,500 yearly donation from individuals, and no donations from corporations allowed.