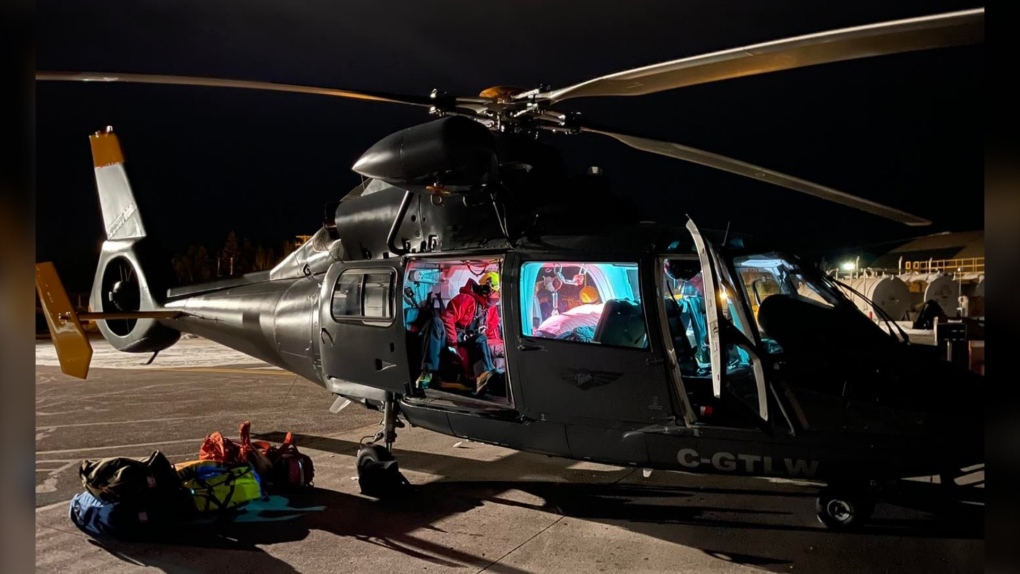 A search and rescue team from the Lower Mainland was called to help rescue an injured sledder in the B.C. Interior Saturday night.

Shortly after 7 p.m., North Shore Rescue posted on Facebook that it had been called to assist South Cariboo Search and Rescue with a call near 100 Mile House.

A few hours later, the rescue group shared photos of its successful mission, thanking its fellow search and rescue group, Talon Helicopters, and B.C. Emergency Health Services for their assistance.

According to NSR, the sledder was injured near Hendrix Lake, B.C., at an elevation of 5,000 feet. The area is about 80 kilometres northeast of 100 Mile House, by road.

The other people who were with the injured person had started a fire and called for help from South Cariboo SAR, which was on scene and providing first aid when NSR arrived with an ER physician and an anesthesiologist.

"The subject was loaded into the helicopter and flown to Williams Lake, where she was transferred to BCEHS," North Shore rescue's post reads.

BREAKING | 8 people dead after storm rips through Ontario; tens of thousands without power

Ahead of his one-year anniversary on the Supreme Court of Canada this July, Mahmud Jamal spoke with CTV National News National Affairs Correspondent Omar Sachedina to reflect on his past year on the bench.

Afghanistan's Taliban rulers on Sunday began enforcing an order requiring all female TV news anchors in the country to cover their faces while on-air. The move is part of a hard-line shift drawing condemnation from rights activists.