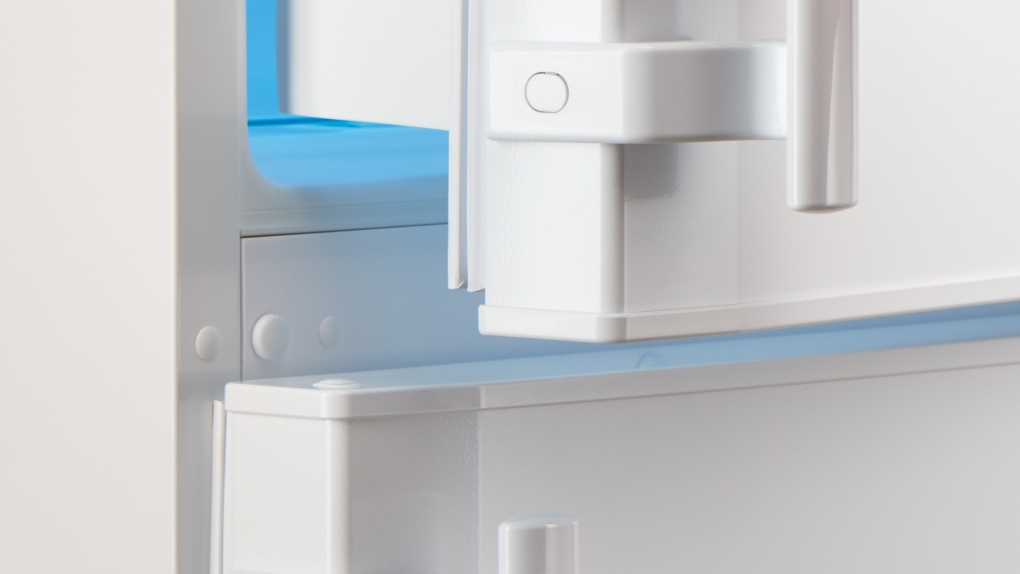 A fridge door is seen in a stock image from Shutterstock.

A leaky fridge has left a B.C. condo owner on the hook for a painful $100,000 insurance deductible, despite his argument that the damage happened before he moved into the unit.

Zhicheng Shen’s new strata covered the deductible after the fridge sprung a leak in April 2021, but wanted to be reimbursed – and when Shen did not comply, the strata took him to the province's small claims tribunal.

While the B.C. Civil Resolution Tribunal normally only deals with claims of up to $5,000, there is no such limit when it comes to disputes involving strata properties.

Water from the refrigerator caused "significant damage" to neighbouring units and common property in the 29-storey building in Vancouver’s West End, tribunal vice-chair J. Garth Cambrey wrote in his decision, which was published online last week.

It's unclear how much damage the leak caused in total – the tribunal only heard that it exceeded the strata's insurance deductible.

Cambrey found the problem was likely caused by a faulty repair job, quoting an email from the strata’s plumber reporting water dripping from an “improper seal” in the freezer.

“It took me a bit of work but I managed to get it open, it was definitely not installed properly. I found the freezer full of ice and water. Looks like the ice maker was making ice and it was melting then leaking out,” the plumber wrote.

While Shen hadn't moved into the unit at the time, the tribunal heard he had complained the appliance wasn't making ice and requested a repair, which was handled by a technician from the manufacturer.

"This is undisputed and aligns with Mr. Shen's emails in evidence,” Cambrey wrote.

The condo owner also argued he shouldn’t have to cover the strata's deductible because the fridge was under warranty by the building's owner-developer, who is not named in the dispute.

Cambrey disagreed, finding Shen was still responsible for the fridge's maintenance under the strata's bylaws. B.C.'s Strata Property Act allows stratas to seek repair costs associated with bylaw violations from the owners who violated them.

"It does not matter that there may have been a warranty in place," Cambrey wrote.

While the tribunal ordered Shen to reimburse the strata's $100,000 deductible, plus more than $1,100 in pre-judgment interest, Cambrey also noted nothing in his decision prevents the condo owner from "pursuing a claim against the warranty provider or appliance manufacturer."

That would have to be done in court, Cambrey said.