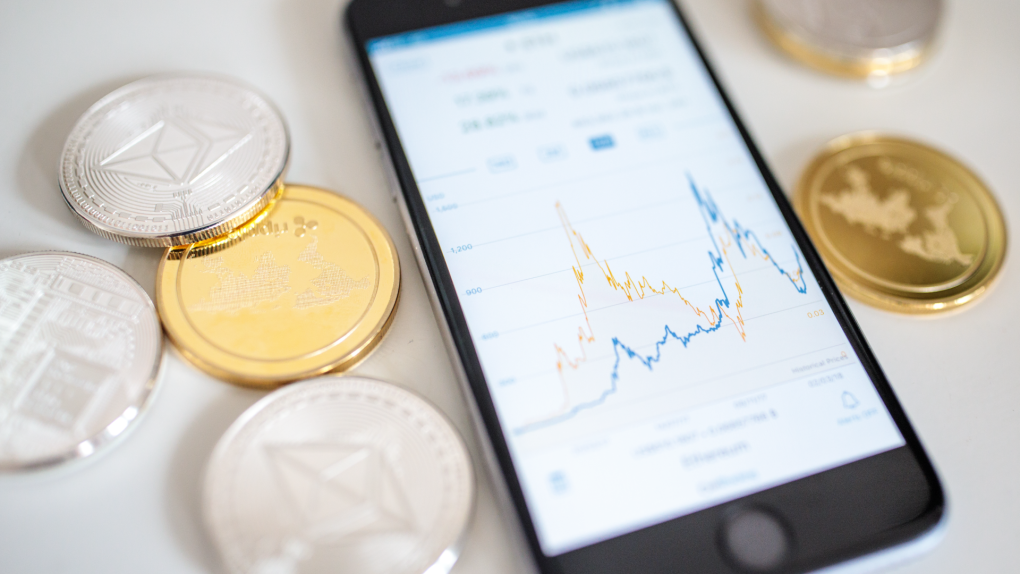 A phone and representations of cryptocurrencies are seen in this file photo.

A Vancouver-based cryptocurrency company has been ordered to pay its creditors more than $2 million after a judge found it had breached its contract by failing to build a hosting facility for cryptocurrency mining equipment in Manitoba.

Skychain Technologies, Inc. received an advance of $4 million from a company called The9 Limited for the purpose of constructing the facility in Birtle, Man., according to B.C. Supreme Court Justice Geoffrey B. Gomery's decision, which was issued Tuesday.

Of the $4 million, half was in the form of "convertible debentures" issued to The9's nominee, a company called 1111 Limited.

Under the agreement, Skychain – through its wholly owned subsidiary Miningsky Technologies (Manitoba) Inc. – was supposed to use the money for "the construction and energization" of the facility by Dec. 7, 2021, according to the court decision.

"Skychain was unable to obtain permits required to complete the project," Gomery wrote in his decision.

"It has abandoned the idea of building a facility in Birtle, Man. It now hopes to build a cryptocurrency hosting facility with a larger capacity in Melita, Man. In the meantime, equipment purchased by Miningsky at a cost of approximately $2.8 million for the facility in Birtle is stored at five different locations, mostly in British Columbia and Manitoba, but also in Saskatchewan and South Carolina."

The9 and 1111 sued in an effort to recover their funds, something Skychain argued was not allowed under the financing agreement. The9 also asked the court to appoint a receiver to manage all of Skychain's assets, which Skychain opposed.

On the first matter, Gomery sided with the plaintiffs, writing that Skychain's interpretation of a clause in the contract as prohibiting its creditors from seeking to recover their funds without first terminating the agreement was not "reasonably arguable."

The company tried to argue that the agreement required The9 and 1111 to pursue liquidated damages under a specific clause of the agreement, which were capped at $200,000.

"Even if Skychain’s interpretation of (the clause) were textually plausible, it is difficult to see how it could be considered as commercially sensible," the judge wrote. "The liquidated damages calculation contained in (the clause) is commercially appropriate to a situation in which performance has been delayed, but not to one in which the facility will never be delivered and the contract will never be performed."

Skychain also attempted to argue that it should not be considered to have failed to deliver the facility because it still hoped to deliver a replacement facility in a different town in Manitoba. Gomery found this submission "untenable."

"The indisputable fact of the matter is that Skychain has decided not to pursue development of the cryptocurrency hosting facility contemplated in the agreements, being a facility located in Birtle, Man.," he wrote. "Skychain has not delivered that facility. It will never deliver that facility. The loan has failed of its purpose."

For these reasons, the judge concluded that The9 and 1111 were entitled to judgment against Skychain for just over $2 million – the equivalent of the amount owing under the debentures plus interest.

On the question of receivership, however, Gomery sided with Skychain, albeit somewhat reluctantly.

The judge noted several considerations in favour of appointing a receiver, including that the company's finances "are in disarray" and that its explanations for what it did with the money it was loaned "are not wholly consistent."

He agreed with Skychain, however, that the plaintiffs had not exhausted the other avenues available to them for gathering information about the company's finances.

"Notwithstanding the legitimate grounds for concern identified by The9, I conclude that the circumstances of this case do not warrant the extraordinary remedy of a receivership at this time," Gomery concluded. "The plaintiffs should pursue their investigation and their claims through the ordinary avenues available to them under the Supreme Court Civil Rules."

BREAKING | Bank of Canada raises key interest rate to 4.25 per cent, its highest since 2008

The discovery of a giant 100 million-year-old marine reptile's skeleton in Australia has been hailed by researchers as a breakthrough that may provide vital clues about prehistoric life.

Time Magazine on Wednesday named Ukrainian President Volodymyr Zelenskyy its person of the year, awarding him the accolade 'for proving that courage can be as contagious as fear.'