A trio of men that worked at Canada's largest dairy farm have been handed jail time and a ban on owning animals after being caught on camera abusing cows in their care.

Travis Keefer, Chris Vandyke and Jamie Visser were all charged with animal cruelty after the activist group Mercy for Animals sent a member to work with them undercover at Chilliwack Cattle Sales three years ago.

Video taken by the undercover employee appeared to show employees kicking and punching cows, hitting them with canes and ripping out the hair from their tails. One cow was lifted by a chain around her neck using a tractor. An employee can also be seen attaching milking equipment to the testicles of bulls at the farm.

In some of the footage, employees can be heard cheering and laughing in the background. Others can be seen watching without intervening. 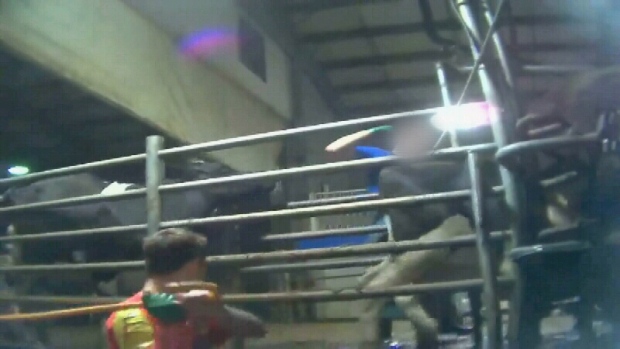 At sentencing, the judge said the videos of abuse were "difficult to watch."

In April, Keefer, Vandyke and Visser pleaded guilty to two counts under the Prevention of Cruelty to Animals Act, and one count under the Wildlife Act.

In court Thursday, Visser and Vandyke were sentenced to 60 days in jail plus a three-year ban on owning animals. The judge presiding over the case is allowing them to serve their time on the weekends to they are able to keep their jobs.

Keefer was sentenced to seven days in jail plus a one year ban on owning animals. He will start serving his sentence today. The judge said Keefer showed the lowest level of violence.

The jail time is far less than the four to six month terms that Crown was seeking, but more than what defence would have liked: Its lawyers were calling for community service, probations and fines.

Defence lawyer Craig Sicotte said the judge didn't have much precedent to use for guidance with his decision, but that the men's case would likely be used in future verdicts. He said his clients "aren't thrilled" with the outcome, but that they had "admitted their errors in judgement and were prepared to face the consequences today."

The presiding judge made a point during proceedings to say that the three farm workers showed remorse, were poorly trained and did not have previous criminal records.

"It's obviously significant for any young people coming in to a new job. What they're trained to do has a lot to do with how they carry out the job," Sicotte said.

"On the other hand, all three of these young people admitted that what they did was wrong."

Sicotte added that the men had been subjected to harassment on the internet once their names had been made public, and that he expected there to be more now that they'd been sentenced.

"They say horrible things about people, how they should be treated after what they've done, etc. Some of the things that are suggested are way worse than what they've actually committed. But anonymous people the internet say all kinds of lovely things," Sicotte said. 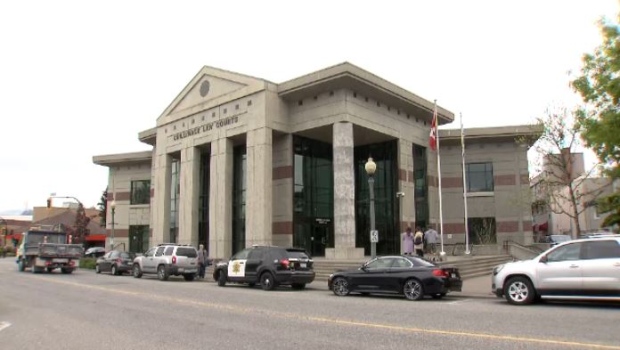 The judge also had harsh words, saying the men were in a position of trust over vulnerable animals, and at their hands they suffered violence that was gratuitous, unnecessary and unwarranted.

The sentencing is the latest development in the groundbreaking animal abuse case, which represents the first time a B.C. company has been held accountable for acts of cruelty on a farm.

A total of 20 charges were laid against Chilliwack Cattle Sales and seven of its employees following Mercy for Animals’ investigation.

Four other people will go on trial starting May 19 in relation to animal distress charges.

A victory for animals

The animal welfare group behind the undercover video is praising the Crown and the provincial SPCA for pursuing charges, but says that similar animal abuse still runs rampant on Canadian factory farms.

“This isn’t a case of ‘bad apples,’ but a rotten tree. This case graphically illustrates the need for lawmakers to protect vulnerable farmed animals from extreme cruelty."

The group is pushing to have the Dairy Code of Practice brought into law in every Canadian province, including British Columbia.

The code, which sets out minimum guidelines for the treatment and welfare of cows on Canadian dairies, would require the industry to follow basic minimum standards for animal welfare.

When its investigation went public in 2014, Chilliwack Cattle Sales was a major supplier to the Montreal-based Saputo, the largest dairy processor in the country. 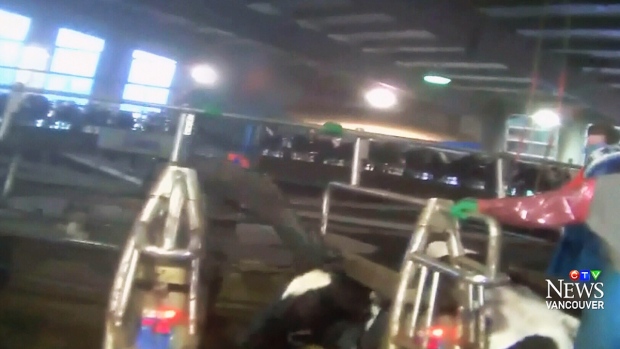 In the wake of the video, which prompted outrage from the public, Saputo adopted a new animal welfare policy for its global dairy supply chain.

The policy includes zero tolerance for animal cruelty, the elimination of tail docking, administering pain control when dehorning cattle and reducing the stress on dairy cows through low-energy handling methods.

Saputo said it would no longer accept milk from farms where animals were being mistreated.

"If we have any evidence of animal cruelty, whether it's mistreatment or neglect that's causing pain or injury or suffering to any of the cattle on the farms, we will stop taking milk from that farm," CEO Lino Saputo Jr. told The Canadian Press, adding that he'd like to see tougher punishments for animal abusers.

"We'd like the standards and the practices to have some bite to it and some consequences for those that are going to contravene those practices."