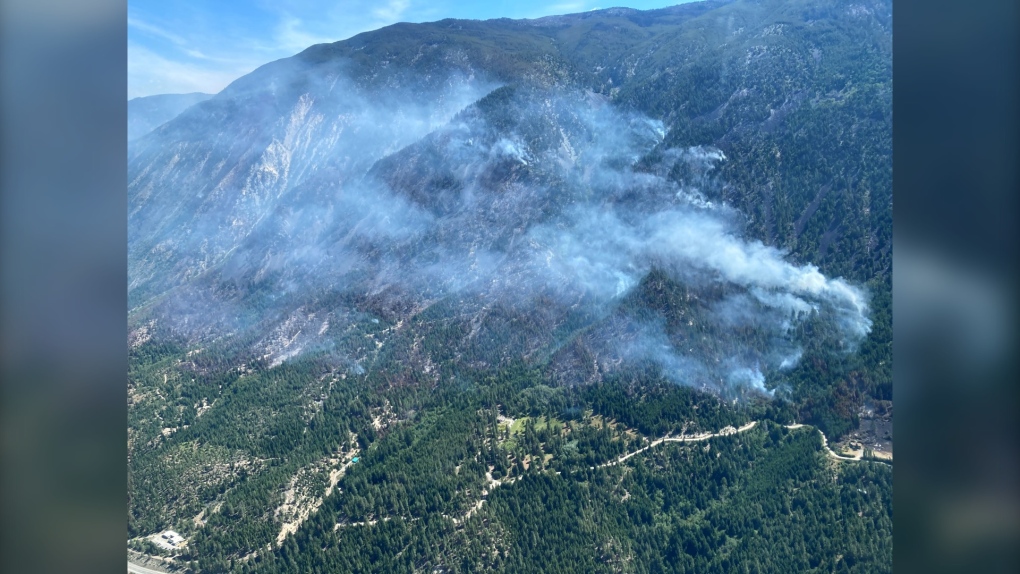 VANCOUVER -- A wildfire burning south of Lytton in B.C.'s Interior remained out of control Saturday, and fire crews said a drone sighting in the area has hampered their efforts.

The presence of the drone halted air operations on the south side of the fire, according to posts from the BC Wildfire Service on Twitter.

"This activity is extremely dangerous and poses a significant safety risk to personnel," the fire service said in its tweets. "If a drone collides with firefighting aircraft, the consequences could be deadly."

Drone operators must keep their devices away from wildfires, according to the service. Those who fail to stay out of the restricted airspace - which is a radius of five nautical miles around the fire to an altitude of 3,000 feet - can be fined as much as $100,000 and face up to a year of jail time, the wildfire service says.

The George Road fire is burning roughly seven kilometres south of Lytton, adjacent to Highway 1. As of Saturday morning, it was approximately 250 hectares in size, according to the BC Wildfire Service.

The fire is classified as "out of control" and two evacuation alerts have been issued as a result of it.

The Thompson-Nicola Regional District issued an evacuation alert for 10 residences in Electoral Area I (Blue Sky Country). A list of addresses is available on the district's website.

Residents of an area under evacuation alert are advised to be prepared to leave their homes in case it is upgraded to an evacuation order.

According to the wildfire service, the George Road wildfire is believed to be human caused.

A total of 73 firefighters, nine helicopters, three water tenders and two pieces of heavy equipment are battling the blaze.