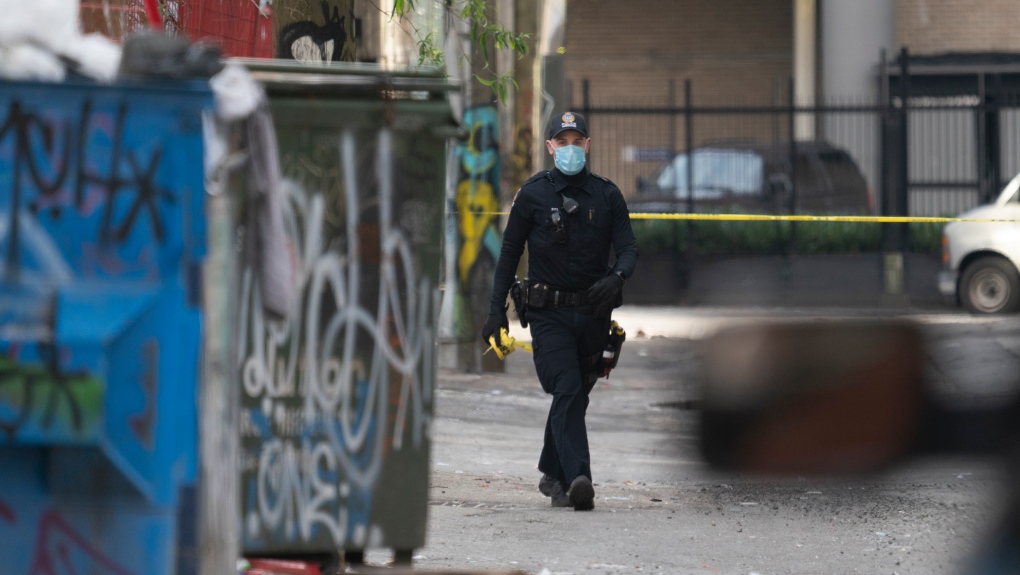 A member of the Vancouver Police Department puts up police tape outside the Arco Hotel in Vancouver's downtown eastside, Wednesday, March 17, 2021. THE CANADIAN PRESS/Jonathan Hayward

VANCOUVER -- A group of residents and workers in Vancouver's Downtown Eastside spoke out Thursday about what they say is a two-year process to hold local police officers accountable.

Seventeen complaints were brought forward by the group, which accuses officers of abusive behaviour towards residents and workers in the neighbourhood.

When asked about the claims, Vancouver police responded by saying they're still under investigation by the Office of the Police Complaint Commissioner and that officers participated in mediation. Police say that process didn't result in an outcome agreed upon by all participants.

"The officers in question said nothing directly to the complainants during the mediation, only speaking through council," said Anna Cooper, a lawyer with Pivot Legal Society.

"After that mediation … my clients did not feel that those officers had shown up in good faith."

The complainants say they're making their stories public to stand in solidarity with others who may have experienced police violence.