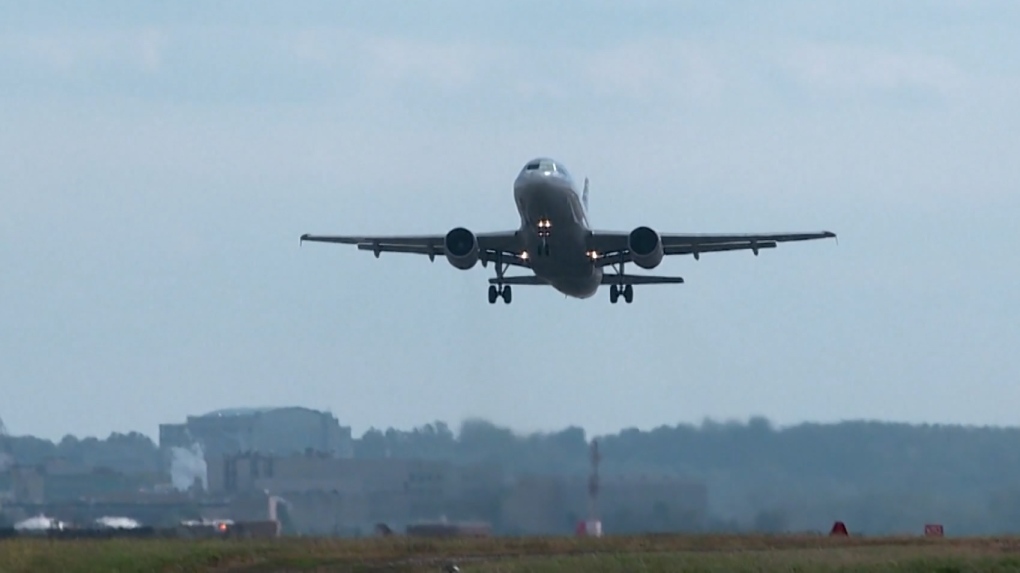 COVID-19 restrictions limiting travel may have had an impact on new cases entering Canada in the early days of the pandemic, but not necessarily on outbreaks in later waves, results from a B.C. study suggest.

A team led by researchers at the University of British Columbia found border measures implemented in March 2020 initially had a dramatic impact on imported case counts. In fact, their study revealed the number of test-positive cases entering the country decreased 10-fold four weeks after they were introduced.

"COVID-19 importations were accelerating in the lead up to March 2020, but experienced a sharp and drastic decline after travel restrictions were put in place," Angela McLaughlin, a PhD candidate at UBC and the study's lead author, said in a news release.

"The data shows that federal travel restrictions can be effective in reducing viral importations when implemented rapidly."

While case counts declined, they weren't eliminated entirely. As a result, new local transmission chains emerged that researchers say "contributed greatly to the persistence of COVID-19 cases in the second wave." In other words, the travel restrictions didn't prevent spread within the community.

"Travel restrictions have a diminishing return if domestic transmission is high, if highly transmissible variants become widespread globally, or if there are many individuals exempt from travel restrictions and quarantine without access to rapid testing," McLaughlin said.

To reduce the burden of COVID-19 in Canada, the country would've had to keep full travel restrictions and quarantine rules in place throughout the pandemic.

McLaughlin said there needed to be a balance, however.

"The social and economic repercussions of travel restrictions must be weighed relative to the risk of unhampered viral importations, which have the potential to overburden the health-care system,” McLaughlin said.

Researchers said about half of the cases that entered Canada during the first wave of the pandemic most likely came from the United States into Quebec and Ontario.

The study was published in eLife on Tuesday and was completed by researchers from UBC, the B.C. Centre for Excellence in HIV/AIDS, Western University, the University of Arizona, and the Canadian COVID-19 Genomics Network.

The team said it used publicly available viral genome sequences to create a timeline of how cases entered the country over a 14-month period. It said the study is the first national-level genomic analysis of COVID-19 epidemiology in Canada.