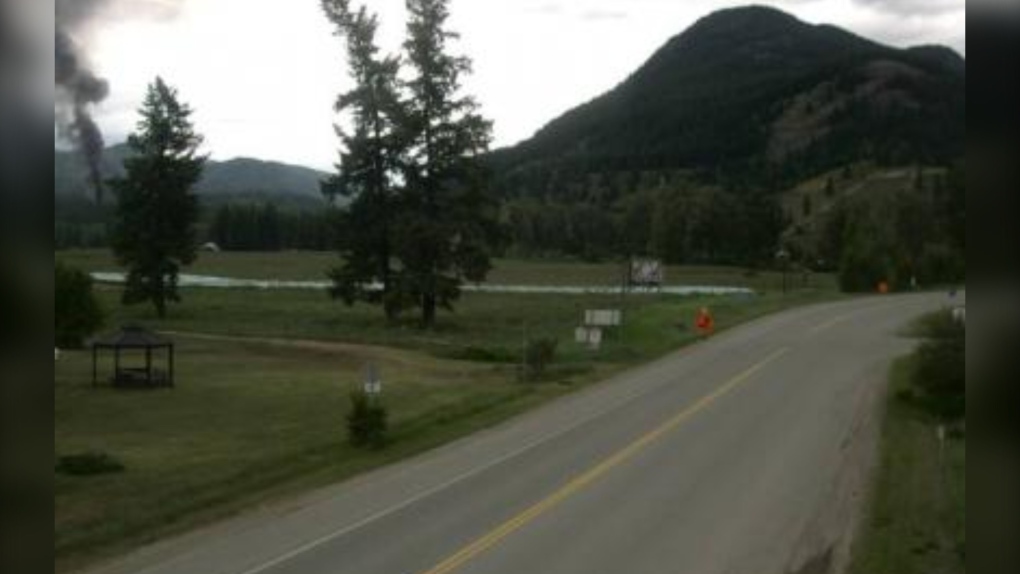 A nearby DriveBC highway camera appears to show black smoke billowing into the sky in the distance. (DriveBC)

VANCOUVER -- A highway in B.C.'s Interior was closed in both directions for several hours Sunday as crews dealt with a vehicle fire.

Highway 24 was closed near Cartwright Road north of Little Fort, B.C., a village on the North Thompson River north of Kamloops.

Clearwater RCMP told CTV News Vancouver the vehicle that caught fire was a fuel truck, and that a nearby home had been evacuated as a precaution as fire crews dealt with the blaze.

There have been no reports of injuries as a result of the incident, police said.

According to DriveBC, the fire closed the road for nearly six kilometres, and no detour was available.

A nearby DriveBC highway camera appears to show black smoke billowing into the sky in the distance.

As of 4 p.m., one lane of Highway 24 had reopened, according to DriveBC.

OPEN #BCHwy24 - Vehicle fire at Cartwright Rd has the highway down to single lane alternating traffic. Crews are on scene, please pass with care. Next update at approximately 5:00 PM. Slow down and watch for traffic control. #LittleFort