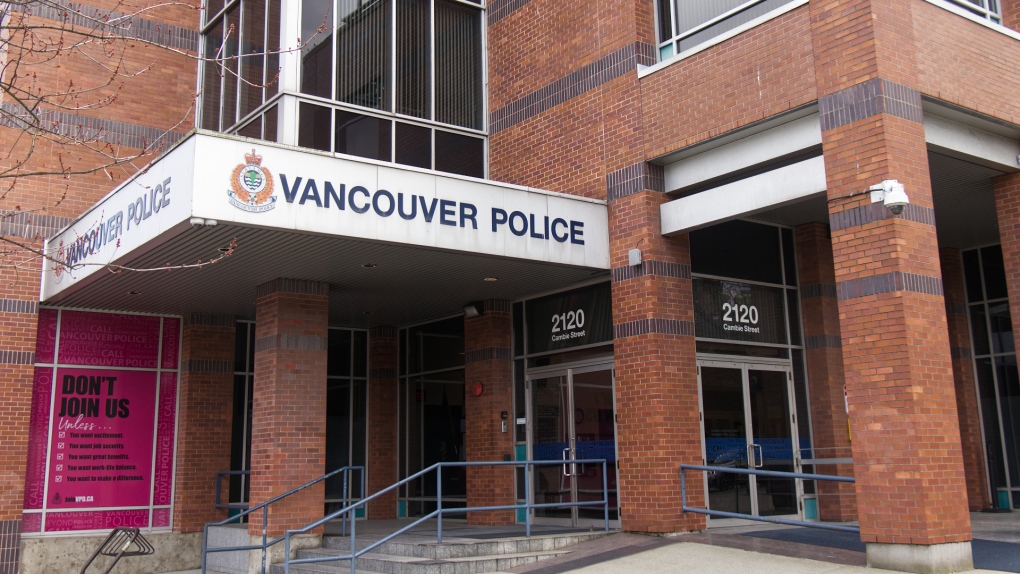 The Vancouver Police Department's headquarters on Cambie Street are seen in a Shutterstock image.

A police constable who allegedly injured a man during an arrest in East Vancouver nearly three years ago has been charged with assault.

The B.C. Prosecution Service announced the single count against Simrit Roycombough on Thursday, saying in a news release that the charge was approved by "an experienced Crown counsel with no prior or current connection with the officer."

The allegations against Roycombough were investigated by the province's police watchdog, the Independent Investigations Office, which delivered a report to prosecutors back in January 2021.

Few details about the incident have been released to the public, but the IIO previously said the victim reported that he’d been walking with a friend near Strathcona Park in June 2019 when he had an interaction with a uniformed officer in an unmarked SUV.

That interaction allegedly ended with the officer tackling the man to the ground and arresting him, leaving him with serious injuries, the nature of which have not been disclosed.

The IIO said the victim was initially taken to jail before he was assessed and transported to hospital.

While the alleged incident took place on June 9, the IIO did not begin investigating until weeks later, after the injured man came forward.

B.C. police agencies have a duty to notify the watchdog of any officer-involved incidents that result in serious injury or death, but IIO spokesperson Rebecca Whalen told CTV News the severity of an arrestee’s injuries is not always immediately apparent.

“Such was the case in this incident,” Whalen said in an email. "I can confirm that the failure to notify the IIO was not deemed unreasonable.”

Back in 2016, Roycombough received a commendation from the Vancouver Police Department's chief constable, Adam Palmer, for his part in "doggedly pursuing a dangerous suspect, despite serious injury and life-threatening danger."

According to the commendation, Roycombough and two other officers helped apprehend a man who had allegedly stabbed an employee in a Surrey grocery store, then hopped into a parked car and forced the driver to help him escape at knifepoint.

It's unclear whether the constable remains on active duty. CTV News has reached out to Vancouver police for more information.