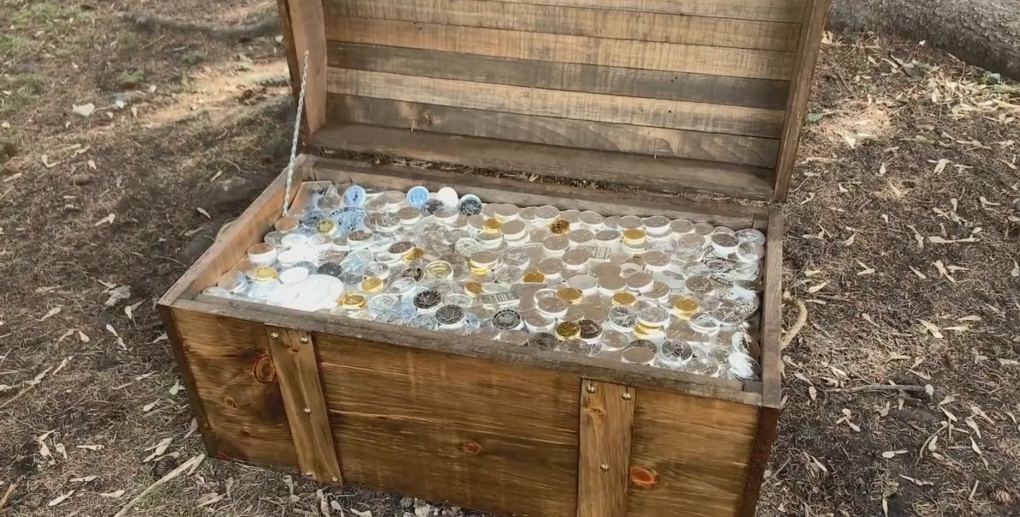 A treasure hunt offering a gold and silver prize is coming to Vancouver. (Gold Hunt)

A real-life treasure hunt that made a Burnaby limo driver $100,000 richer earlier this month is back on starting this weekend.

Gold Hunt is bringing back the popular quest in Calgary, Edmonton and Vancouver.

A countdown clock on the organization's website shows maps that lead to the prize will go on sale in two days. A video posted shows a wooden chest filled with coins and a promise: "There's a buried treasure that's worth $100,000 of physical gold and silver."

The video refers to the first prizes, a map to which was released on June 1.

The Vancouver chest was discovered a week later by Marko Cerda, a limo driver who says his job gave him an edge because he knows the city's landmarks so well. The prizes in Calgary and Edmonton were found even earlier.

Gold Hunt has not published a video for what they're calling GoldHunt2.

While the video suggests the successful amateur pirate will dig up a treasure chest of gold, organizers say on the site that the finder will actually find a redemption certificate. Those looking for the prize should not be digging at all.

Once the certificate is found, they must provide proof of purchase of a treasure map in order to claim the coins.

The digital maps include a poem full of riddles and encrypted messaging.

"Your 'map' includes everything you need to find the treasure, but the additional clues provide hints to help you solve the mystery faster," the website says.

Many have asked organizers why they're doing it and how they're making money off the expedition.

They previously told CTV News Vancouver that they're covering the costs of the treasure through map sales, and are passionate about the adventure.

To participate, you must be a Canadian citizen and be the age of majority in your province.