Treasure hunt for $100K worth of gold, silver begins 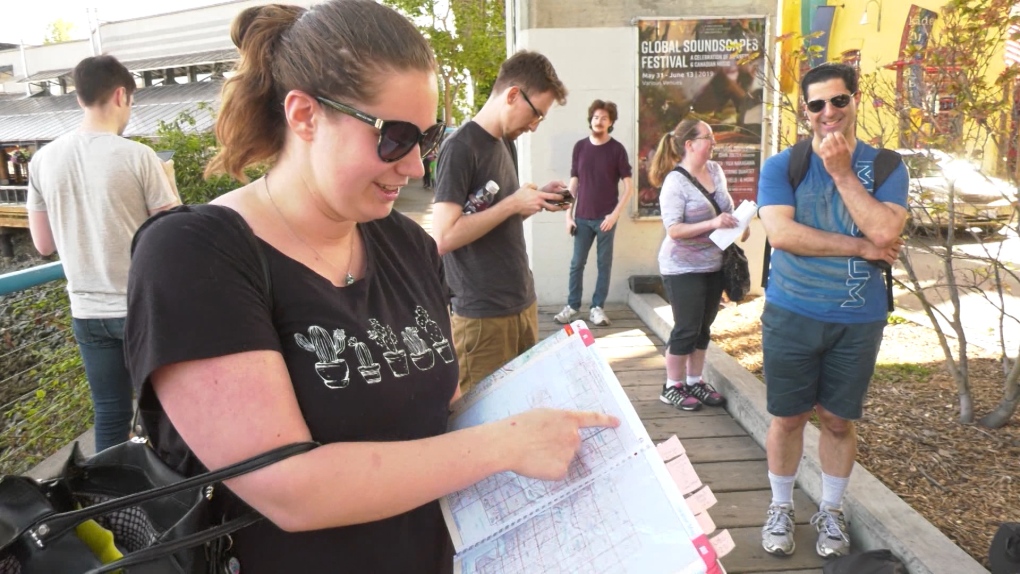 Chelsea Drew has a Vancouver map book to help her solve the real-life treasure hunt.

One treasure seeker will soon become $100,000 richer in Vancouver.

A real-life treasure hunt started at 12:01 a.m. Saturday, when maps and clues were released to participants.

"It's not designed like a scavenger hunt. It is a game of wits, a game of skill," explained Chris Cromwell, a spokesperson for Gold Hunt.

Vancouver participants gathered at Granville Island said they're up for the task.

"I've been watching the Indiana Jones trilogy recently so this couldn't have come at a better time," said Kevin Schultz.

Cromwell said the project was developed by a group of friends and private investors who came together to fund it.

The treasure hunt was also launched in Calgary and Edmonton on the same day.

"Our company has ambitions to take this nationwide. We'd love to give away $1 million worth of treasures at some point. We're just putting pieces together and seeing how it goes in these first three cities," he explained.

He said people won't have to bring shovels or dig very deep to find the prize, explaining people can uncover it with their bare hands.

The buried 250-pound treasure chest filled with some gold and silver coins contains a proof of purchase, which entitles the winner to $100,000.