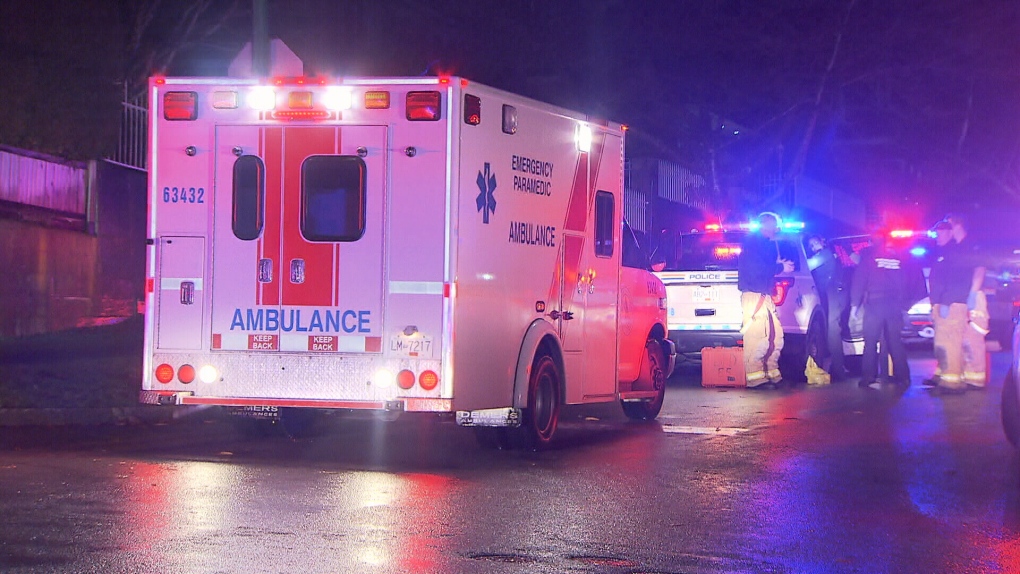 Emergency crews and a BCEHS ambulance respond to an incident in this undated file photo.
Vancouver -

The two top executives at B.C. Emergency Health Services who oversaw an unexplained lack of preparedness for the fatal heat dome in late June have been reassigned to other roles within the health-care system.

“Following a period of reflection, Ms. Darlene Mackinnon has chosen to accept a new role,” wrote a spokesperson for the Provincial Health Services Authority in an email statement. “PHSA supports her decision and we look forward to the patient and people-centred leadership she will bring to this important portfolio.”

CTV News had obtained an internal memo from Friday, when Wannamaker announced that Mackinnon would be reporting to her directly in her new role at BCMHSUS in a controversial leadership structure that will have her co-managing with a clinical lead.

“We will transition to a dyad leadership model for BCMHSUS, which will see the introduction of a chief operating officer (COO) and chief medical officer (CMO) partnership to lead the overall portfolio,” Wannamaker wrote to the PHSA executive leadership team and the staff at B.C. Mental Health and Substance Use Services.

PHSA now says when Heppell was appointed, Wannamaker lost her position at BCEHS and Heppell became accountable for the service, but that was not made clear at the time. 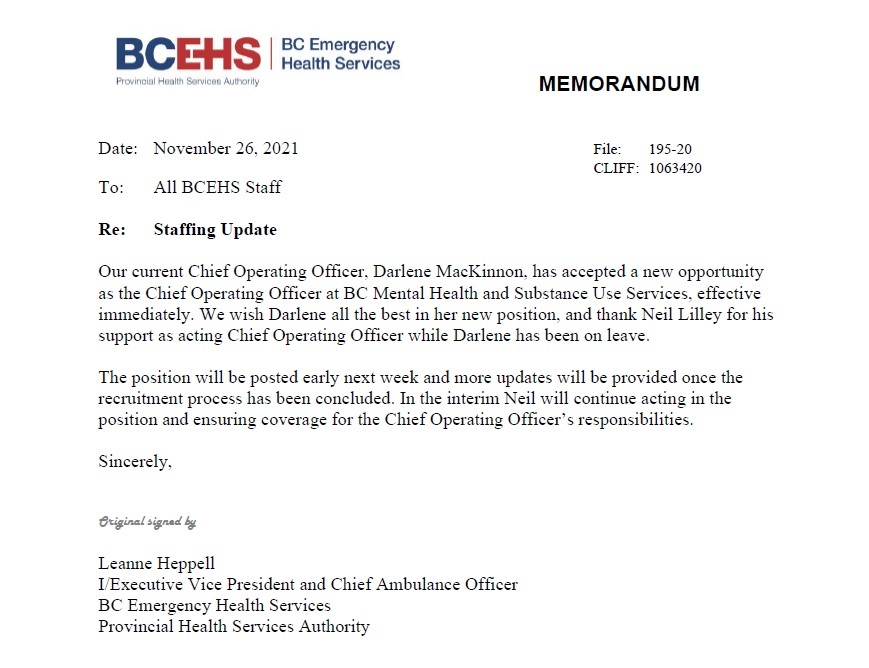 When Health Minister Adrian Dix announced Heppell’s addition to EHS and the appointment of a new board in the wake of the horror stories of sick and dying people unable to get an ambulance during the fatal heat wave, CTV News asked how the public could have confidence there would be improvements to ambulance service when the old management was still intact.

“I just don’t think that that's a correct analysis," Dix said on July 14, insisting no one had lost their job as a result the response to the crisis. "I can tell you the work done across the health system was profound, including for ambulance paramedics.”

In the wake of those comments, several frontline paramedics had expressed frustration with Mackinnon’s leadership and planning ahead of the heat dome, insisting that while people had offered to work on days off to handle what they expected to be an influx of patients struggling with heat-related illnesses, manager and executives had refused.

When CTV News had asked Mackinnon why BCEHS had gone to their highest internal response level on the Tuesday, when mass casualties began on the Saturday, she could not answer.

“It’s an unprecedented time and there’s challenges across the entire system related to that unprecedented volumes and heat and demand,” said Mackinnon on July 1, claiming the collective agreement had prevented an all-hands-on-deck approach.

On Nov. 9, when CTV News asked Heppell whether Mackinnon was still part of the organization, the top executive insisted she was “still a valued member of the BCEHS team.”

But in her memo to staff on Nov. 26, Heppell acknowledged that Mackinnon had been on leave with another manager doing her job in the meantime.

“The position will be posted early next week and more updates will be provided once the recruitment process has been concluded,” she wrote in the internal memo. “In the interim Neil (Lilley) will continue acting in the position and ensuring coverage for the Chief Operating Officer’s responsibilities.”

Heppell is overseeing the ambulance service during a time of unprecedented recruitment and transformation of the service due to ongoing and complex issues, including chronic under-funding and the family doctor shortage.