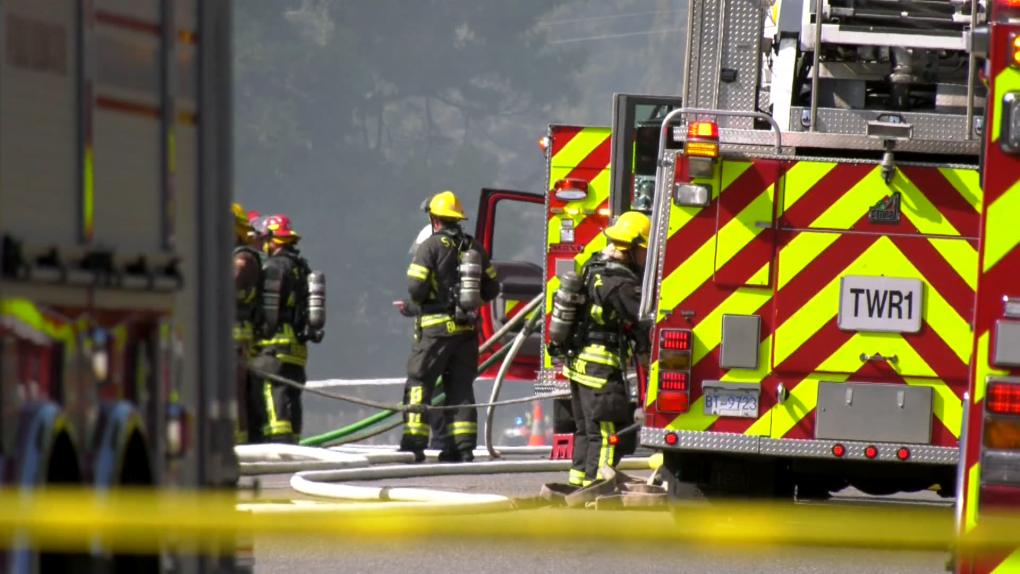 As crews battled a fire at a property in Surrey, the public was asked to stay away from the area, and warned roads could be closed for several hours.

Mounties said Friday there was some kind of "disturbance" at a house on 132A Street at around 3:30 p.m.

No details have been provided on the disturbance itself, but police said a house was on fire.

Surrey Fire Deputy Chief John Lehmann said crews were able to get to the scene quickly because they had a truck a couple of blocks away already, but when they arrived, the house was engulfed with flames pouring out of the windows.

The fire had also spread to a second home.

When asked whether the fire was suspicious, Lehmann said it was too early to tell, but that a fire investigator would work with the RCMP to determine its cause.

Firefighters worked Friday afternoon to gain control of the blaze, an effort challenged by hazards in the area including downed power lines, the RCMP said in a statement. Lehmann said BC Hydro was called to shut off power to the area.

Shortly before 5 p.m., Lehman said he expected crews to be at the scene for "several more hours," making sure all flames are out.

Residents and drivers are being asked to keep their distance until the area reopens.

Drivers were warned of the following road closures: