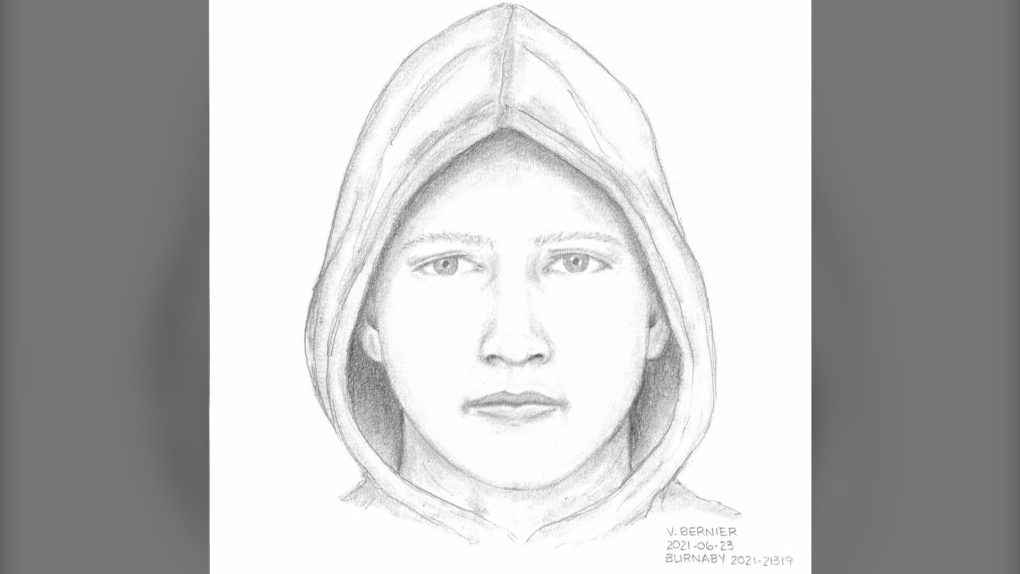 A composite sketch released by Burnaby RCMP is shown.

VANCOUVER -- Police are asking for the public's help to identify a suspect in what they describe as a "disgusting act" reported in Burnaby.

Mounties in the Metro Vancouver city released the sketch Thursday afternoon in connection with an incident last week.

They say a woman was walking in the Edmonds area of Burnaby Friday when she was approached by a stranger, at around 7:15 p.m.

It was reported that the man tried to initiate a conversation with the senior as she walked along Mary Avenue, between Vista Crescent and Edmonds Street.

The victim walked away, according to police, and the suspect made a "lewd comment." Officers did not provide information on the subject matter of comment.

It is alleged the man then exposed his genitals to the senior, and masturbated.

The woman left the area and called police, but a suspect has not yet been identified.

Officers released a composite sketch based on the victim's description of the man involved, and are asking anyone who recognizes the man to contact them.

"While there have not been any similar incidents in the area recently, we want to make sure this doesn't happen again to anyone else," Burnaby RCMP Cpl. Mike Kalanj said in a statement.

The suspect has been described as white, and between the ages of 25 and 28. He has an "athletic build," and is about six feet tall, police said.

At the time of the incident, he was wearing a black hoodie with "splashes of red" and black track pants.