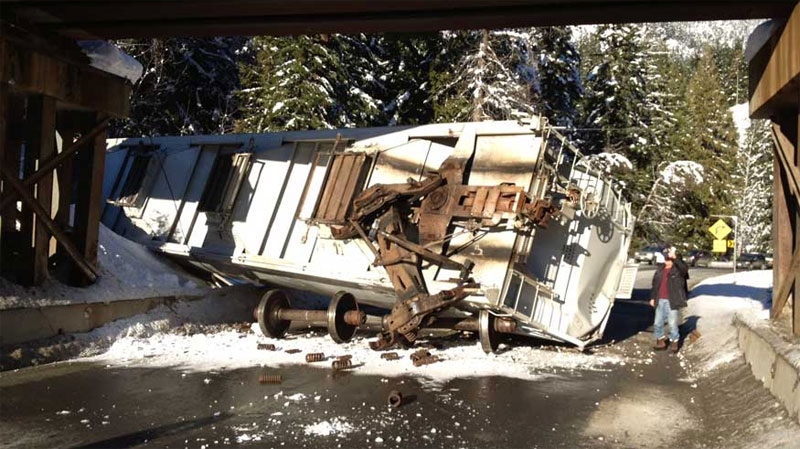 A train derailed just outside of Pemberton, shutting down Highway 99 in both directions. Jan. 3, 2013. (Pique Magazine/Mel L'heureux)

Officials have reopened a single lane of Highway 99 to alternating traffic after a derailed train shut down both lanes south of Pemberton Thursday.

One car fell from the overpass, blocking Highway 99, while the other two fell on an embankment, according to reports from CN Rail and local RCMP.

The highway will remain single-lane until at least Friday morning when the remaining rail cars can be removed.

No injuries have been reported, though one vehicle suffered minor damage as a result of flying debris, RCMP said.

An investigation into the cause of the derailment is underway while local RCMP and CN Rail crews assess the site.

Those travelling between Whistler and Pemberton are advised to allow extra time for their journey.