'She is 100 per cent vulnerable': Vancouver mom wants early measles vaccine for baby 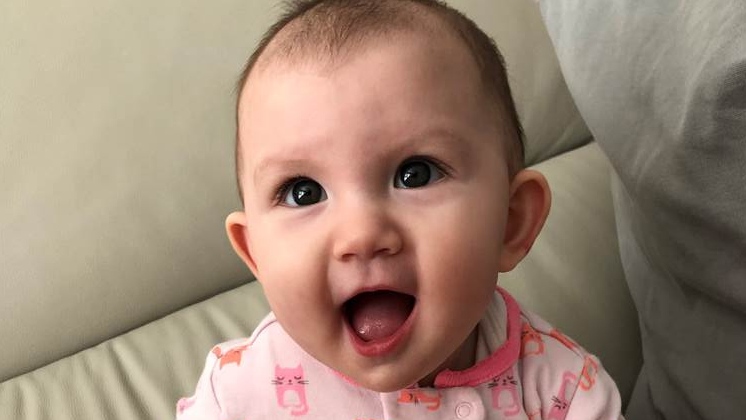 Jennifer Menzies wants to have her daughter Charlotte vaccinated early.

At seven months old, Charlotte Menzies is too young to get her first measles, mumps and rubella vaccine.

It's supposed to be given when a baby turns 12 months, but when Charlotte's mother Jennifer Menzies learned a friend was able to get her eight-month-old vaccinated early at a downtown Vancouver medical clinic, she wanted to do the same for her daughter.

"We'd basically like to be able to go out in public and attend story time, baby time. If we are in an outbreak situation I'm concerned because she's 100 percent vulnerable," Menzies said

She took Charlotte to a medical clinic on the weekend, where the doctor showed her a Vancouver Coastal Health directive dated Feb. 15 that said premature vaccinations are not recommended.

"But no reason was given," Menzies said. "It was just a recommendation."

Because of that directive, the doctor would not vaccinate Charlotte for measles.

"We shouldn't have to be texting and calling other mommies and asking what's going on with them."

Menzies is frustrated at the lack of consistency and clear information on early vaccination during the outbreak. And she wants to know if there's a good scientific reason Charlotte has to wait until 12 months old to be vaccinated for measles.

"It's just really wanting to know why."

The U.S. Centers for Disease Control and Prevention recommends getting the first dose of the MMR vaccine at 12 to 15 months of age. The vaccine is only licensed for children between 12 months and 12 years of age.