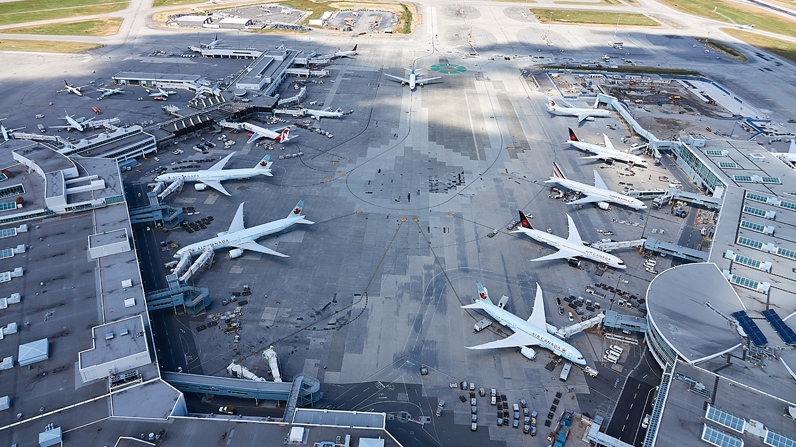 Health officials are warning the public there's a chance they may have been exposed to measles at several Metro Vancouver locations over the weekend.

Public health authorities told CTV News Vancouver Tuesday that a patient with the highly contagious virus arrived in the area on a flight Saturday morning.

Exposure was possible on Japan Airlines flight JL018 from Tokyo to Vancouver, which arrived Saturday.

In addition, those who were at the Vancouver International Airport (YVR) on the same day between 10:25 a.m. and 4:30 p.m. may have been exposed to the virus, Vancouver Coastal and Fraser Health warned in statements issued three days later.

It is unclear where the patient was the rest of the day, but on Sunday, he was at the Ramada by Wyndham hotel in Coquitlam.

He was also at the Sun Star restaurant inside the hotel, where the public may have been exposed between 8:30 a.m. and noon.

The final possible location released Tuesday is the Lougheed Town Centre in Burnaby, where exposure was possible between 10:30 a.m. and 3:30 p.m.

Fraser Health told CTV News the patient had been in London Drugs, but it is not known whether he made further stops.

After getting sick, the patient got a blood test, and was diagnosed with measles. The man is in voluntary isolation, officials said.

He lives in the Fraser Health region, officials said.

Anyone who was in the locations listed above is advised to review their immunization records and watch for symptoms of measles.

Those who were in the areas and are unvaccinated, pregnant and/or immunosuppressed should consult with their doctor. Anyone with measles is asked to phone ahead of time so the office or clinic can take precautions prior to arrival.

The case announced Tuesday is the 27th confirmed in B.C. this year. Earlier this week, the World Health Organization released a report saying preliminary data suggests the number of measles cases is up 300 per cent this year from the same period in 2018.

Measles is highly infectious and common in many parts of the world. Close contact is not needed to contract the virus, and it can remain in an air space as long as two hours after an infected person has left the room.

The virus can be prevented through two doses of the measles-mumps-rubella (MMR) vaccine, which is free and available through family doctors and walk-in clinics.