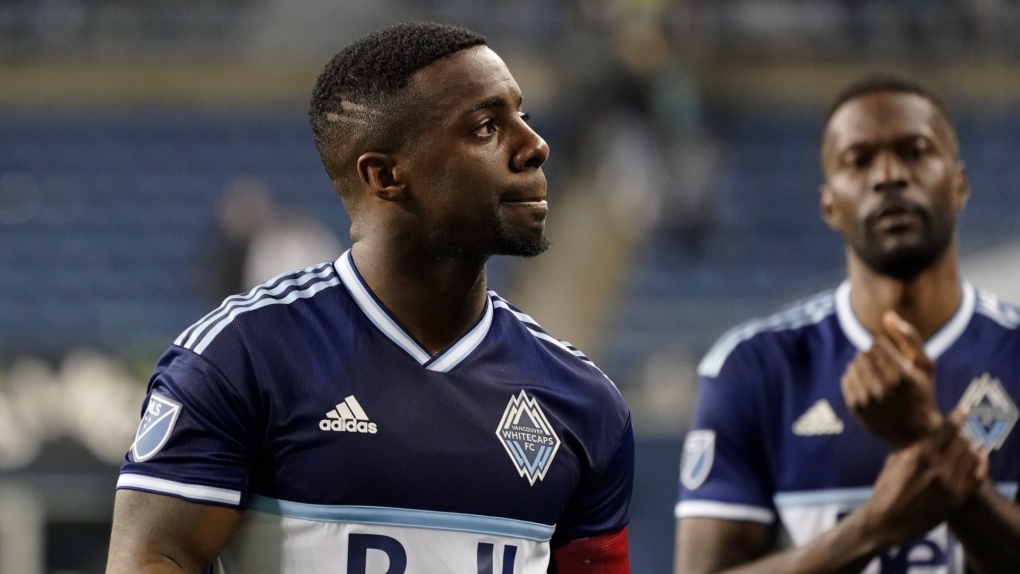 The Vancouver Whitecaps know they're about to embark on a daunting task - toppling a giant is never easy.

A giant is exactly what the 'Caps will face on Saturday when they host Los Angeles FC.

The Black and Gold sit high atop the Major League Soccer standings with a seven-point cushion on their nearest competition and are coming off a decisive 3-1 victory over Dallas FC on Wednesday.

The two sides have already faced off once this season with LAFC (11-3-3) taking a 3-1 win in California back on March 20.

Sartini thought his group played well that game but made some costly mistakes.

The 'Caps are in much different form than the last time they faced the Black and Gold. Since the beginning of May, Vancouver has posted a solid 8-2-2 record across all competitions.

It's a wave of momentum the club is looking to ride heading into Saturday's game.

“Guys are feeling really good about what we're doing here right now,” said defender Tristan Blackmon, who spent four seasons playing for L.A. before being dealt to Vancouver in December. “And I think we have to keep that momentum going that way.

“We've shown that we can get clean sheets and battle out results. And that's really big going into the middle of the year and towards the end of the season. So this is a big matchup and hopefully we can keep it going that way.”

In order to eke out a win, the Whitecaps will need to foil some familiar faces. LAFC defender Doneil Henry played two seasons in Vancouver and 'keeper Maxime Crepeau was a star in the 'Caps net from 2019 to 2021.

Vancouver striker Lucas Cavallini said he's been exchanging barbs with Crepeau - his teammate on the Canadian national men's team - over the looming matchup.

“It's always good to play against friends. That being said, eventually I want to score against him,” Cavallini said. “It's not easy, but I just have to find the ball in the back of the night. And I'm just worrying about the team's performance and getting those three points.”

The game will also mark a return to B.C. Place for former Whitecaps head coach Marc Dos Santos, now an assistant with LAFC.

Sartini said it will be “beautiful” to see friendly faces like Crepeau, Henry and Dos Santos.

This report by The Canadian Press was first published June 30, 2022.