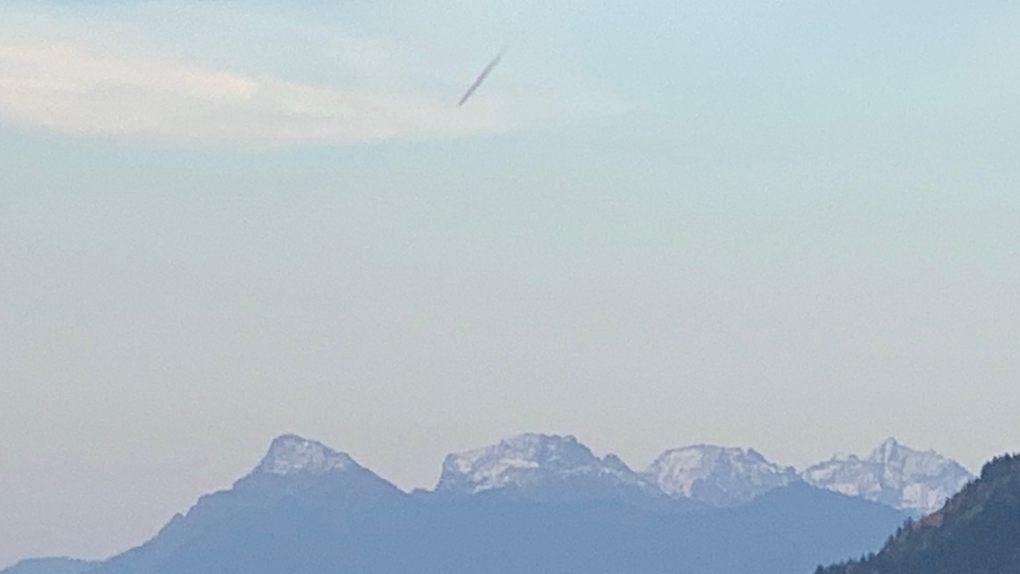 A trail of smoke is seen in an image posted to social media on Oct. 19, 2021. (Twitter user justmeherem)
Vancouver -

RCMP in Chilliwack, B.C., are continuing to investigate following reports that a small plane may have gone down in the area Tuesday night.

Authorities received multiple 911 calls around 6 p.m. indicating something was seen falling from the sky with a trail of smoke behind it. Photos posted to social media seem to show what callers described.

Mounties searched by air and on the ground in the Mount Cheam area but nothing unusual was noticed. CFB Comox also sent two aircraft to join the search.

Three ambulances were also sent to the area.

Police said no plane has been reported overdue so far.

Chilliwack RCMP are expected to provide an update on the search Wednesday.