Pricey parcels: Why does it cost so much to ship from Canada? 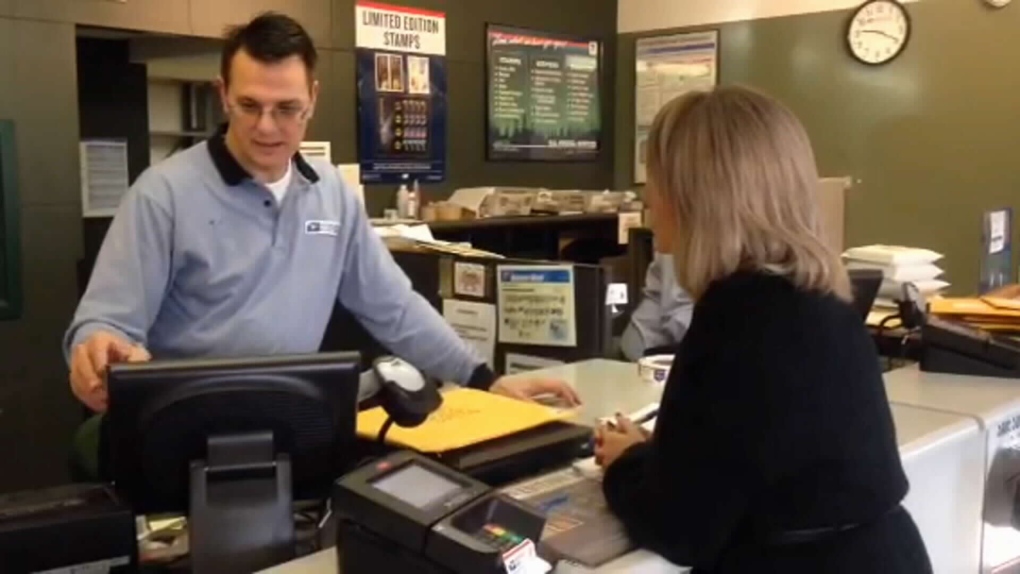 An irate CTV viewer wants to know why it costs five times more to mail an international parcel from Canada Post than with the U.S. Postal Service.

Beata Siwinski wanted to mail a wall calendar and tote bag to her mother in Poland. She was stunned to discover the shipping would cost $87 plus tax.

“I was furious. I mean a hundred dollars for this to ship?" she said.

Siwinski decided to mail the package from Point Roberts instead, where it cost $18.60 and arrived in five business days.

Consumer reporter Lynda Steele decided to do her own postal experiment, putting a CTV T-shirt in a padded envelope destined for Paris, France.

Surface mail was cheaper at $40 dollars, but would take four to six weeks for this to get to Paris.

Steele then took the package to the U.S. Postal Service office in Blaine, where she was offered the first class parcel rate with guaranteed delivery in five to ten business days. The price? $12.75 U.S.

The parking lot outside the Blaine post office was filled with vehicles sporting B.C. license plates.

Naa Sheka Riby-Williams imports colourful yoga bags handmade in Ghana and ships them to her customers weekly from the Blaine post office.

"It’s way cheaper, definitely I would say at least half for sure and it's way faster too," she said.

It begs the question, why is it so much cheaper to mail parcels from south of the border?

Canada Post refused our request to explain its shipping rates, and sent a brief email instead that said, "Canadians have many choices when they need to ship a parcel or have something delivered. Canada Post is proud to deliver two out of every three parcels to Canadian consumers by offering convenient service and competitive prices."

Siwinksi thinks consumers should boycott Canada Post until it brings shipping rates in line with the U.S. and she may have a lot of company. Staff at the post office in Blaine told CTV News that up to 60 per cent of their customers are Canadian.