Police shoot, kill man near Kamloops after alleged abduction of woman and child

Police shoot, kill man near Kamloops after alleged abduction of woman and child 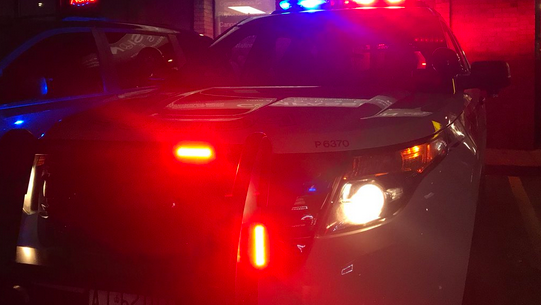 A police cruiser has its lights on in this file image.

A man was shot and killed by Mounties near Kamloops, B.C., early Monday morning after police say he came out of a trailer holding both a child and a weapon.

The province's Independent Investigations Office has been called in to probe the shooting, which it says in a statement began with "a report alleging a man was confining a woman and child."

The Kamloops RCMP has provided more details of the events leading up to the fatal confrontation.

In a statement, the detachment says it received three 911 calls in relatively quick succession starting around 5:20 p.m. on Sunday. First, a woman called asking for help from what dispatchers thought was the inside of a vehicle. Next, someone driving on the Trans-Canada Highway reported "an erratic driver" and "a woman trying to get out of a vehicle," the media release continues.

Finally, they got a call from someone reporting that a woman and child had been abducted.

"Officers attended the scene and reportedly located an empty vehicle with an alleged weapon inside," police say.

Several hours later, according to the RCMP, officers were called to a rural property after "receiving a report of the original suspect vehicle near a trailer," the statement says.

Responding officers then set up a road block and called in the Emergency Response Team. At almost the same time, different officers were sent to a home after "receiving a report of a second woman who was found injured and bound inside," the statement says, describing the home as belonging to "the suspect."

At 3 a.m., the man came out of the trailer holding a child and an unspecified weapon according to the Kamloops RCMP.

"During the engagement with officers, the man was shot and killed," the media release says.

"The child was uninjured and a woman was subsequently located with non-life-threatening injuries inside the trailer."

The IIO's statement does not contain the same level of detail, but says that at 3 a.m., "at least one officer discharged their firearm. It is reported that the man was in possession of a weapon. The man was pronounced deceased at the scene a short time later."

Any police-involved incidents resulting in serious injury or death are investigated by the IIO whether or not there is any allegation of wrongdoing.

Quebec's major party leaders are making one final appeal to voters ahead of Monday's provincial election.

Brazil's top two presidential candidates will face each other in a runoff vote after neither got enough support to win outright Sunday in an election to decide if the country returns a leftist to the helm of the world's fourth-largest democracy or keeps the far-right incumbent in office..