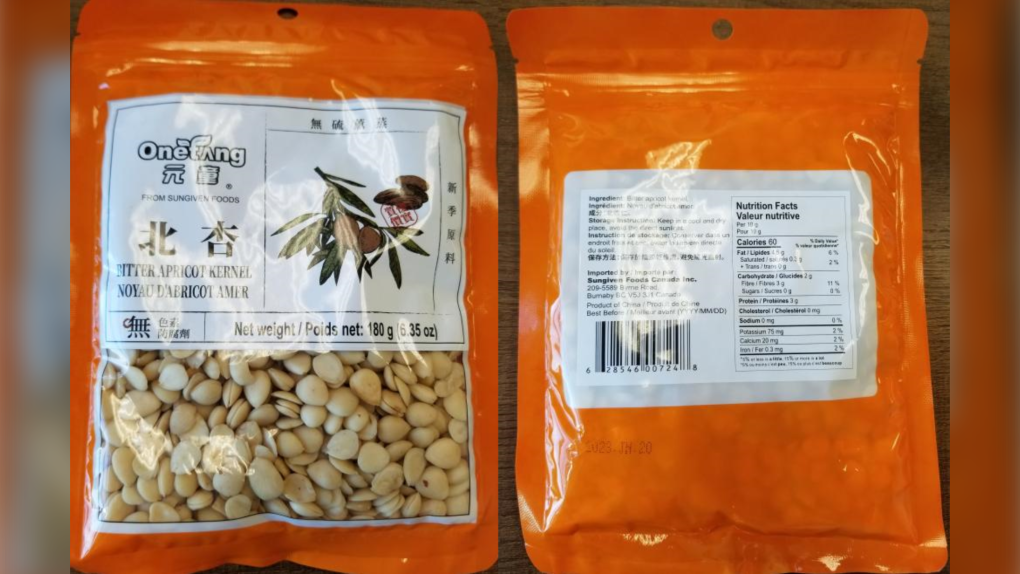 Sungiven Foods Canada Inc. is recalling its One Tang brand Bitter Apricot Kernel due to the possible danger of cyanide poisoning.
Ottawa -

Sungiven Foods Canada Inc. is recalling its One Tang brand Bitter Apricot Kernel due to the possible danger of cyanide poisoning.

The Canadian Food Inspection Agency says apricot kernels naturally contain the toxin amygdalin, which can release cyanide after being eaten.

The recalled product was sold in British Columbia in 180g packages with a best before date of June 20, 2023.

It should be thrown out or returned to where it was purchased.

There have been no reported illnesses linked to consumption of the kernels.

Cyanide poisoning symptoms can include weakness and confusion, nausea, difficulty breathing, seizures and cardiac arrest. In severe cases it can be fatal.

This report by The Canadian Press was first published Nov. 27, 2021.