A dog found on a Fraser Valley property is being hailed as an "amazing mom" after helping BC SPCA officers find and rescue her nine puppies.

The agency sent officers to a property near Agassiz after receiving reports of an animal believed to have been abandoned, according to a statement issued Wednesday.

The officer who arrived was "immediately met at the edge of property by Dallas, a four-year-old, pit bull cross, who showed obvious signs of having just given birth," writes Eileen Drever, senior officer for protection and stakeholder relations.

After greeting the officer, Dallas led the officer about 500 feet through dense brush before stopping at a particular bush where she had dug a den.

"Huddling in the den were nine, two-week-old puppies,” Drever continued.

"We would never have found these puppies if Dallas hadn’t led us there." 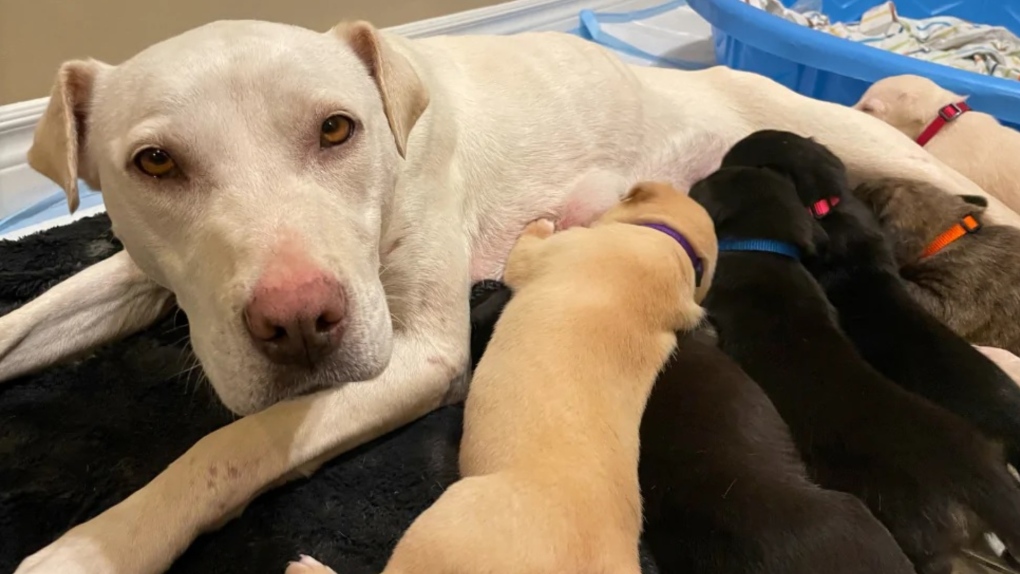 The family of 10 was taken to the Chilliwack branch of the BC SPCA. Dallas was found to be underweight but the puppies were all healthy.

The BC SPCA did find Dallas' owner, according to the press release. He did know his dog was missing but the agency says he thought she had been "the victim of predators" since she was "romancing freely on the property."