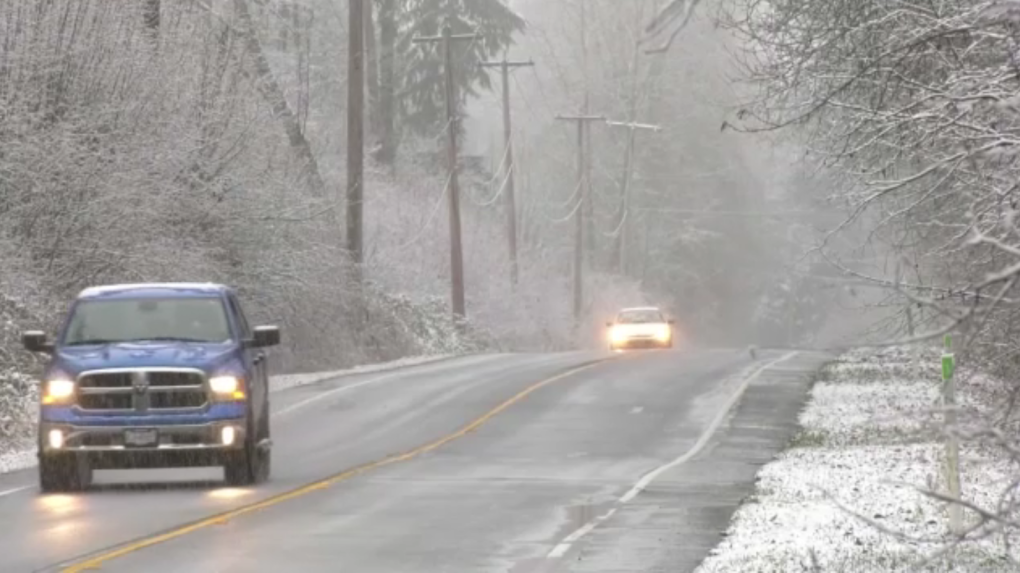 Parts of the Fraser Valley saw several centimetres of snow on Saturday, and Environment and Climate Change Canada says more is on the way Sunday night. (CTV)

Parts of the Fraser Valley saw several centimetres of snow on Saturday, and Environment and Climate Change Canada says more is on the way Sunday night.

The weather agency has issued a special weather statement for most of Vancouver Island, the Sunshine Coast, the Lower Mainland and Howe Sound.

"Snow from the system will start over Vancouver Island Sunday evening and spread to the mainland overnight," the statement reads.

"The snow is expected to taper off Monday morning. As snow levels hover near the surface over some localities, the snow could be wet or mixed with rain."

The heaviest snow is expected over higher elevations and in inland sections of Vancouver Island, Environment Canada says.

"For the Lower Mainland, Sunshine Coast and Howe Sound, amounts of two to five centimetres are likely," the agency says. "However, there is still uncertainty associated with the strength and track of this weather system, and some forecast models show the potential for even higher snowfall amounts into Monday morning. These forecast snowfall accumulations may change as we get closer to the event."

In a rebuff to former U.S. President Donald Trump, the Supreme Court is allowing the release of presidential documents sought by the congressional committee investigating the Jan. 6 insurrection.