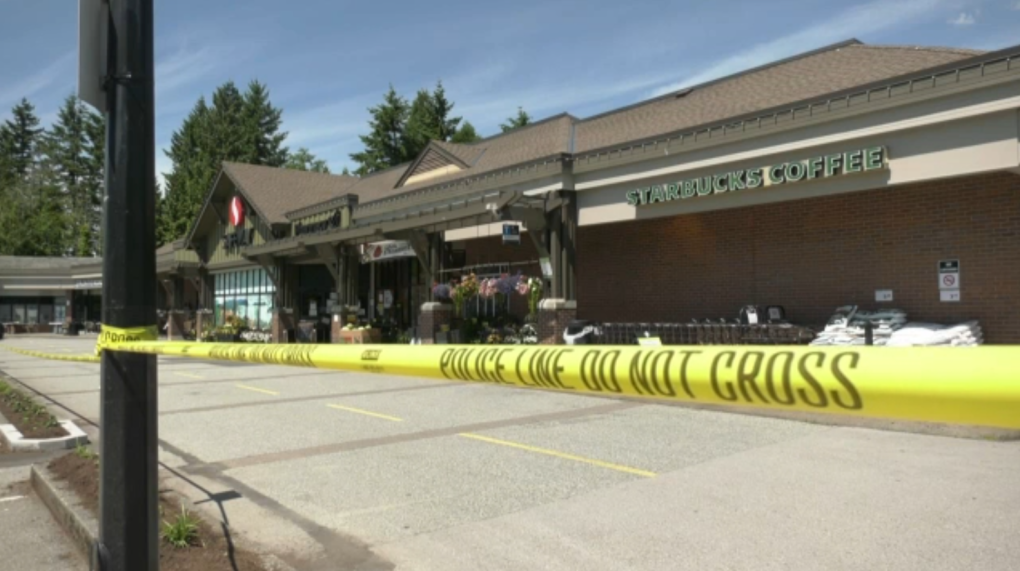 The Safeway at Caulfeild Village in West Vancouver is seen behind police tape during a bomb threat hoax on June 17. (CTV)

VANCOUVER -- A Vancouver teen has been arrested in connection to a bomb threat hoax that shut down a grocery store in West Vancouver last week.

The West Vancouver Police Department said in a news release Wednesday that it will be recommending criminal charges against a "female youth" suspected of calling in a fake bomb threat at the Safeway in Caulfeild Village on June 17.

The call came in around noon that day, and prompted officers to evacuate the store and call in three explosives-detection dog teams to search the site.

By 3:15 p.m., the store had been cleared. No suspicious devices were found, police said.

"The investigation determined that the information was unfounded and that at no time was the public in danger," police said in their release.

West Vancouver police said they arrested the teenager on Tuesday. She has been released from custody and is scheduled to appear in court at a later date.

Police did not say what charges they would be recommending against the girl.