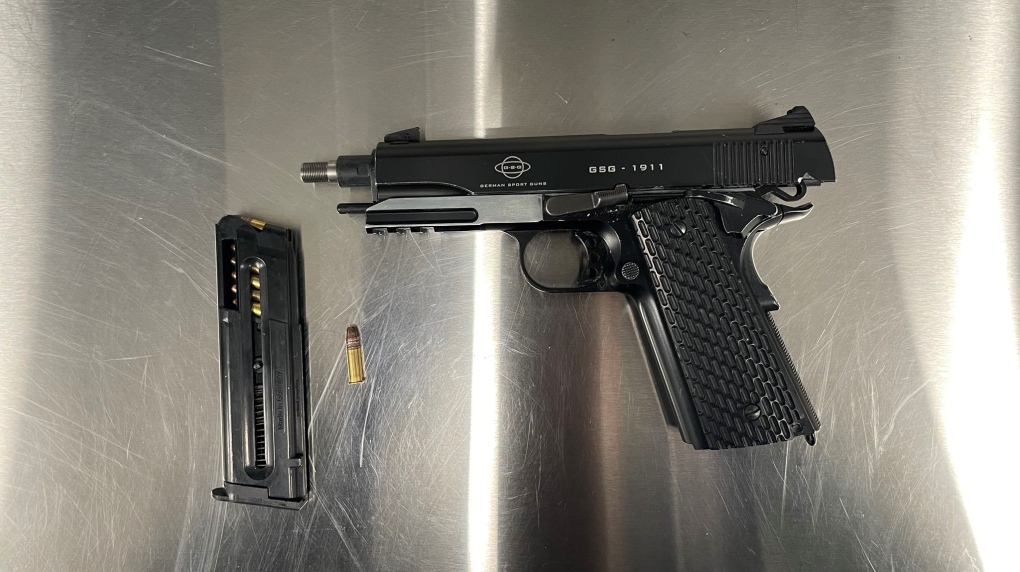 Burnaby RCMP announced the arrest on Twitter Monday, saying frontline officers seized a number of items from the suspect, including a loaded handgun.
VANCOUVER -

A man has been taken into custody after Mounties received reports of a weapon at Metrotown mall.

Burnaby RCMP announced the arrest on Twitter Monday, saying frontline officers seized a number of items from the suspect, including a loaded handgun.

Frontline officers responded to a weapon report at Metrotown.

One man was taken into custody.

More than $1,600 in cash and what is believed to be cocaine, fentanyl, heroin and crystal meth were also seized at the scene.

RCMP said the man had two outstanding warrants for his arrest, and thanked security officers at Metrotown for their help tracking him down.

A new study that brought sniffer dogs to an airport to search for COVID-19 has found that dogs may be able to detect the virus with high accuracy just from smelling skin swabs.