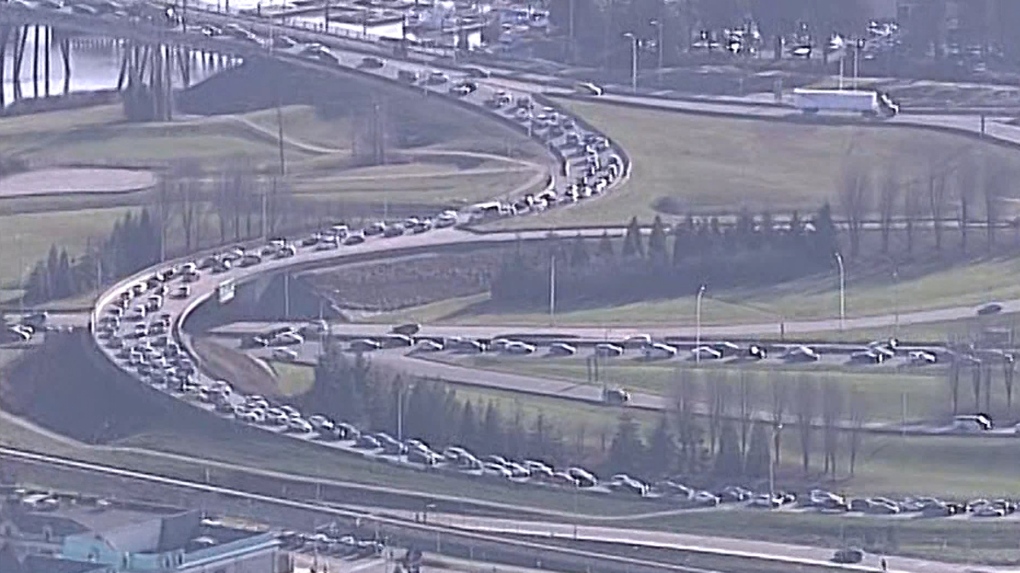 Traffic disruptions are expected in parts of Metro Vancouver Friday, but for some very different reasons.

Black Friday sales at McArthurGlen Designer Outlet Mall are expected to draw more people than usual over the weekend.

In 2015, the grand opening of the outlet mall led to enough congestion on the road to the airport that flights were delayed.

Mounties recommend those trying to catch a flight give themselves more time or take the Canada Line. Sales are taking place all weekend.

Meanwhile, a group of climate activists plan to gather near Stanley Park Friday morning. The gathering, organized by Extinction Rebellion, is meant to be in solidarity with Wet'suwet'en land defenders protesting the Coastal GasLink pipeline.

"The provincial assembly must introduce legislation to stop construction immediately and to order the RCMP to leave Wet’suwet’en land," a notice from the group said.

"This is the first of many non-violent civil resistance actions over the coming weeks."

Specifics weren't shared on what the group is planning, but they are meeting at Devonian Harbour Park, which is in downtown Vancouver near the entrance to Lions Gate Bridge. In the past, the group has blocked traffic on downtown bridges and major intersections.

And, of course, other parts of the Lower Mainland are still recovering from recent flooding. Highway 1 through Abbotsford reopened Thursday afternoon, but B.C.'s transportation minister warned it won't be "travel as normal" on the route.

"It will be slow-going with reduced speed limits," Rob Fleming said Thursday.

While Highway 1 isn't covered by a travel order, other routes, like Highway 7, are. Details on the latest flood-related impacts are available on DriveBC's website.