Medically assisted death 'needs to be a good choice, not a choice of last resort'

Medically assisted death 'needs to be a good choice, not a choice of last resort' 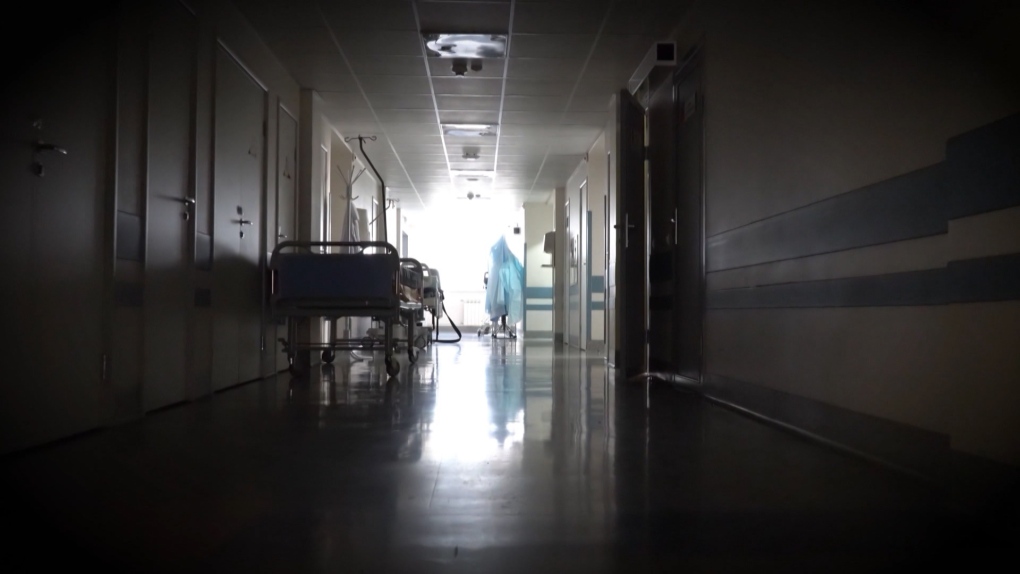 As summer dawned in B.C., Gwen bought an accessible van so she and her three-year-old daughter could explore together. One day they drove from the Fraser Valley to the ocean for a children's event that Gwen had learned about, sitting by the water and watching boats speed by.

Even though it was a four-hour round trip and she had to take out a loan to pay for the van, Gwen says it was worth it for what might be her last chance to share memories with her three-year-old daughter.

Because Gwen is considering a medically assisted death if she cannot access essential treatment for her chronic pain and disabilities, which make it impossible at times to eat, sleep, move or play with her child.

Government support and health coverage don't fund the treatment that Gwen says her doctors recommend to vastly reduce her pain, or to provide enough income to live with a little one.

The support of family and many friends across the Lower Mainland have made it possible for Gwen and her daughter to keep living together, but Gwen says she fears losing custody if her pain worsens or her support network falters.

Gwen's family and friends are crowdfunding to cover the costs of what they believe could be life-changing therapy, in the hopes it will give her the chance to manage her pain and live to see her daughter grow up.

“I didn't have any idea how bad this condition would get when I had my daughter... and I feel like I'm failing her,” Gwen told The Tyee. (Due to the sensitive nature of her conditions, The Tyee is not using her or her daughter's real names.)

“I'm so desperate to just be with her.”

Gwen is one of several disabled people in B.C. and across Canada who have raised concerns about changes to the rules around Medical Assistance in Dying, a process where a doctor or nurse practitioner can assist some individuals, at their request, in ending their lives. They say expanding MAID eligibility to people whose deaths are not “reasonably foreseeable” - the original requirement - should not come until assistance rates and health coverage are increased to provide what poor disabled people need to live.

While MAID was intended to give people broader personal choice and autonomy in health care, Gwen says recent eligibility expansions make it easier for those with chronic conditions to die instead of live.

In June, the federal government broadened MAID eligibility to include people whose death is not reasonably foreseeable, and early next year, Canada will become one of the few nations in the world allowing MAID for people with mental illnesses.

Gwen was born with Hypermobile Ehlers-Danlos syndrome, an inherited connective tissue disorder that makes it more difficult for her to move and walk.

After her back was injured in a 2013 car accident, Gwen developed chronic intolerable pain. She uses a walker for mobility and will soon have a wheelchair after a two-year wait.

Gwen is also autistic, leading to sensory issues that often make it difficult to receive care and manage her complex pain and multiple chemical sensitivities.

Hypermobile Ehlers-Danlos syndrome, which is not a terminal condition with proper treatment, has made Gwen's back injuries even more complicated and painful.

Gwen, a community advocate and former non-profit worker, has had to stop working due to the pain, but is still active online helping out fellow disabled people and their families when she can.

When pain flares up, “it feels like the wind is knocked out of me and I can't breathe,” Gwen said.

She can't move from the couch easily and sleeps propped up on pillows to keep pressure off her back and hold up her head so she can breathe and swallow.

Gwen says she may only have a few pain flare-ups per year, but they're worse each time, often lasting weeks. It takes months for her to stabilize physically and mentally afterward, she said.

“I have to build up this inertia just to get from the couch to the kitchen,” Gwen said. “And it's hard to explain to my daughter that if she gets underfoot, I could really get hurt.”

Gwen experiences suicidal ideation because of the unrelenting pain.

“I don't want to die, but when you're in that much pain, these intrusive thoughts come up,” she said. “The suffering is so far beyond what anyone can fathom.”

Gwen receives $1,694 per month in provincial disability assistance, which barely covers rent and food for her and her daughter, let alone accessibility improvements such as a ramp she needs to get into housing.

Gwen said ICBC and the province have both declined to pay for a treatment course recommended by her doctors that would help desensitize her central nervous system and bring her pain to a more manageable threshold so that she can get surgery for her back injury.

The IV infusion therapy of ketamine at a private pain clinic in B.C. costs about $2,900 per day. Gwen would likely need two rounds of 10-day treatments, at minimum, plus travel expenses and child care for future treatments in the United States. Ketamine infusions have been shown to alleviate a variety of pain syndromes, including central nervous pain like Gwen's.

The province may cover extended health therapies if an individual who receives assistance has no other options and it is recommended by a health-care provider. Despite some evidence supporting ketamine's effectiveness at alleviating symptoms of depression and chronic pain, the infusions are not covered because they are considered an off-label use of the drug at this time.

Gwen's GoFundMe, organized by about a dozen friends and acquaintances from her disability support communities online, has raised a little over $14,000 towards its $60,000 goal.

Before the accident, Gwen said she generally believed help would be there for those who needed it. But she says the little support she has received from the government as her conditions have deteriorated is “worse than nothing.”

Advocates for those with disabilities and health-care experts have raised concerns that low-income people will be forced to choose medically assisted deaths instead of facing life without the supports they need to live well.

In the last six months at least three people with Ehlers-Danlos syndrome in B.C. said they were considering MAID in the absence of proper care and treatment.

In Ontario, advocates say one woman felt she had no choice but to die after she could not find or afford housing free of cigarette smoke and cleaners, to which she was severely allergic.

“It's eugenics, because they don't want us to be properly supported and be OK. And if we don't have family to take care of us, it's `Please just go and die,”' said Gwen.

“We know the system is fractured and not able to support those in need,” said Clark, who is a registered social worker. “Whether or not they want to apply for MAID, this may be their only option to alleviate suffering.”

Clark said it is concerning because MAID was created to give people more bodily autonomy and choice, but it appears those who struggle with disabilities without the support they need are being pushed towards dying.

“It needs to be a good choice, not a choice of last resort,” Clark said.

Gwen feels grateful for the community that has rallied around her to help care for her daughter and fight for her care.

That includes Bunny Wilder, who crossed paths with Gwen online a few years ago. Wilder, who is disabled and a single parent of a disabled child, said when the stories of people opting for MAID out of desperation began to surface, they knew it was only a matter of time until it affected someone they knew.

“I know it's one bad viral illness or car accident and it could be me in that position,” Wilder said from their home in East Vancouver. “When we don't have an option to live with dignity... then MAID isn't really a choice.”

While they've never met in person, Wilder said Gwen is generous and has an incredible sense of justice that shines through.

They hope this show of support will save Gwen's life, but they think of the people who aren't able to advocate for themselves or don't have a network like Gwen's.

“No one deserves to die because they don't have access to money,” said Wilder. “No one who wants to live should have death paid for by the government when the government won't pay for them to live.”

Gwen is angry about how hard she is having to fight to stay alive and to be able to care for her daughter. As she speaks on the phone to The Tyee, Gwen's mother and daughter return from playing at the park, and the toddler squeals with delight when she sees her mom.

“She can't understand any of this, and when she gets older she's going to wonder why people didn't save her mom,” said Gwen. “I don't want that to be her future. And I don't want her to be angry, because she is so full of love and joy.”