'It was a hoot': Owl with broken wing that was coaxed into a dog kennel set free in B.C. after recovery 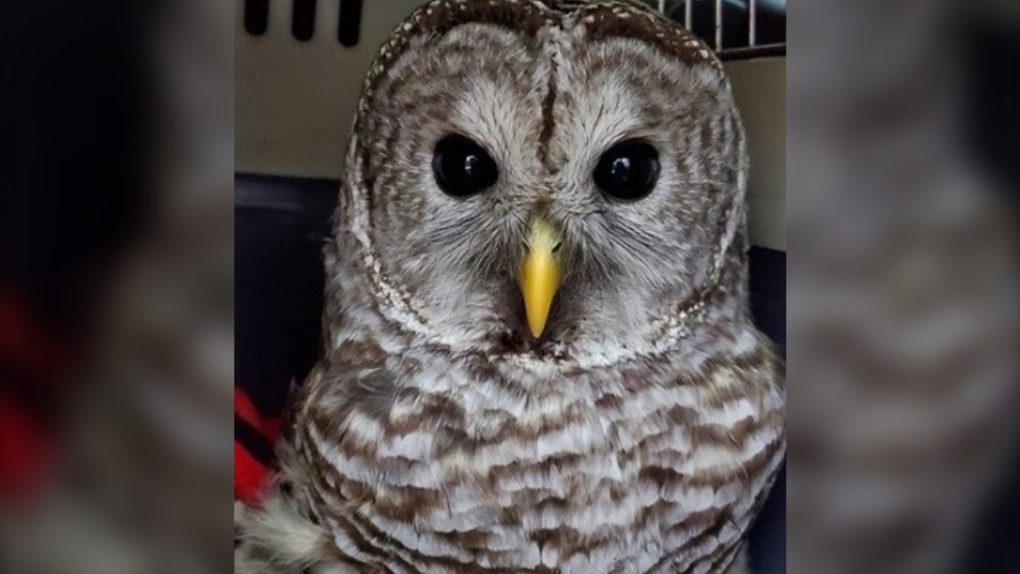 VANCOUVER -- An owl with a broken wing that was rescued by highway patrol officers last fall has been set free after its recovery.

Last September, a BC Highway Patrol officer spotted an injured owl on Highway 7 near Ruby Creek between Agassiz and Hope.

With the help of a colleague and a member of the Hope RCMP detachment, the officer managed to coax the owl into a dog kennel and transport it to the Hope detachment.

A volunteer from the Orphaned Wildlife Rehabilitation Society, or OWL, collected the bird and took it to its rehab facility. The owl had a broken wing, which it may have gotten after being struck by a passing vehicle.

This past February, the wildlife centre reached out to the RCMP to let officers know the barred owl had recovered and was ready to be released.

The officers went with OWL volunteers to release the bird near where it was found. Mounties didn't say exactly when or where the owl was released.

"This was a truly unique experience and it was an honour to be the person to release the owl back into the wild," said Const. Constable Brian Woelders of BC Highway Patrol in Chilliwack in a news release sent out Wednesday.

"I am happy that our families were able to witness this, too, and I want to thank the OWL Society for involving us with the release. It was a hoot!"