How to protect local B.C. wildlife on the roads this winter 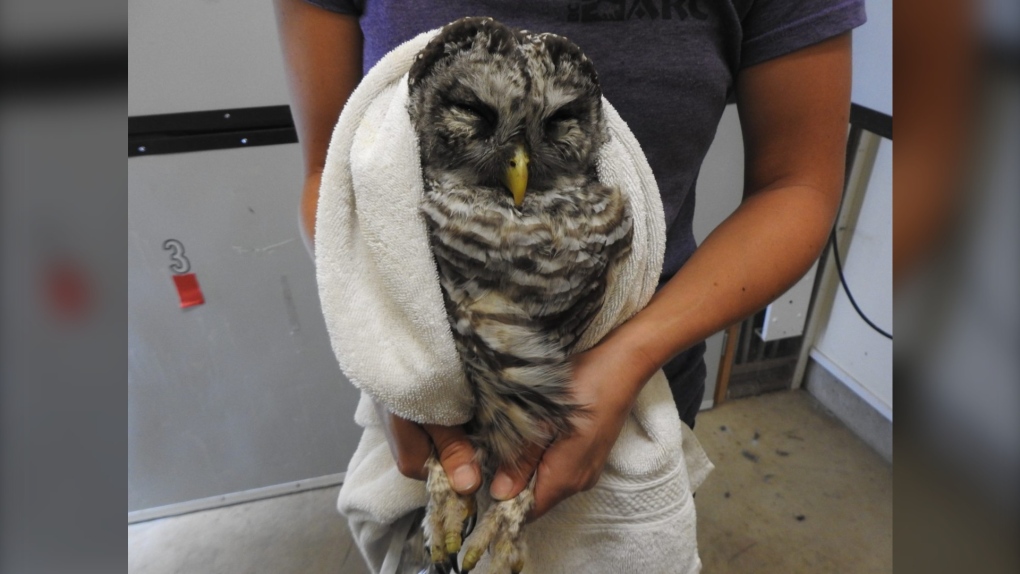 This barred owl was found at the side of the road near Cordova Bay on Vancouver Island. The owl appeared be suffering from head trauma and was very lethargic. (SPCA photo)

VANCOUVER -- With the days getting shorter, drivers are spending more time on dark roads and that could lead to more collisions with wildlife, the BC SPCA is warning.

Here in B.C., there are more than 10,000 animal-related crashes each year, the SPCA says. But that number could be even higher, because it only accounts for reported incidents and doesn't include injured animals that get away.

In one recent case, a barred owl was found at the side of the road near Cordova Bay on Vancouver Island. The owl appeared be suffering from head trauma and was very lethargic. The SPCA thinks it could've been foraging for food by the side of the road when it was struck.

Luckily, after getting medication, fluids and a quiet place to rest, the animal made a full recovery after several weeks. It was released near where it was originally found.

The SPCA warns that roadways tend to be a good source of food and animals will often stay to find a meal.

"Discarded food can draw wildlife closer to roadways, and with the decreased light during this time of year, will certainly increase the chance of collisions with wildlife," said Dr. Sara Dubois, BC SPCA chief scientific officer in a news release.

"If you are driving during the holidays this year, please be aware of wildlife and drive with consideration to animals."

Animals can also get used to finding food along the roadway or on walking trails, campgrounds or in backyards so it's important to dispose of food waste properly, the SPCA says. Food scraps like apple cores or banana peels shouldn't be thrown on the side of the road, for example.

"Food scraps may be biodegradable but discarded organic matter attracts wild animals, who can get hit by cars as they investigate and try to eat these items," the SPCA says on its website.

"Rodents that are attracted to the food can act as a lure for predators, such as hawks, eagles and owls, who are also in danger of being hit by cars."

Other ways to avoid incidents on winter roads include keeping headlights clean and using high beams when it's safe to do so. The SPCA also recommends slowing down and driving carefully, particularly at dawn and dusk when light is reduced but animals are more active.