SPCA shelter in Abbotsford 'overwhelmed' with cats hit by vehicles 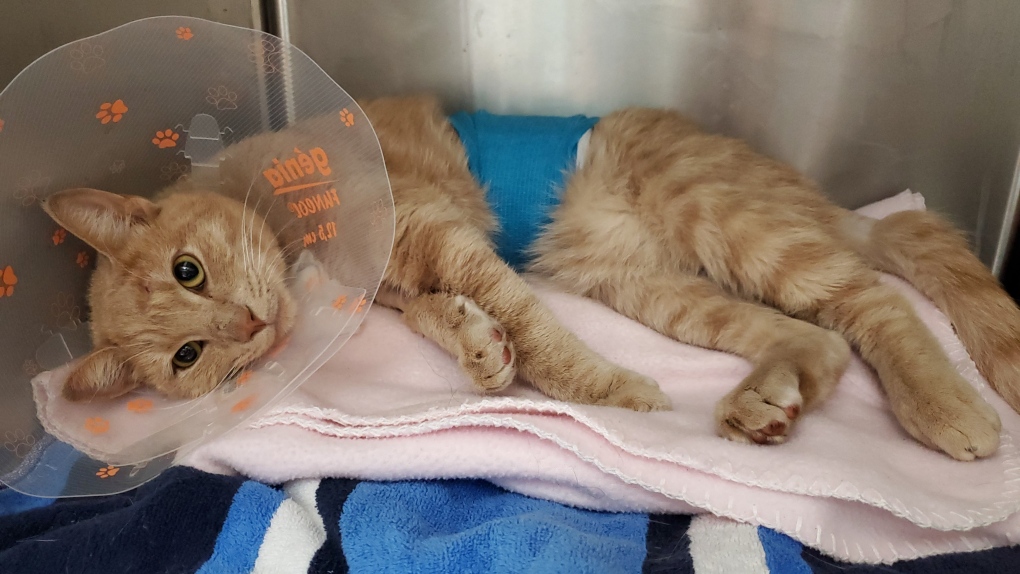 Cedar is a two-year-old orange tabby, who will need surgery to remove a broken femoral head. (BC SPCA)

The BC SPCA shelter in Abbotsford says it is currently "overwhelmed" by injured cats that were hit by vehicles.

Cedar, Bendito, Hattrick and Hobbs are four of the six animals recently brought to the facility with injuries. Another cat, Whisker, has already had surgery to remove a damaged leg, and a sixth kitten, Quinn, received medical treatment but did not survive.

In a release Thursday, the shelter asked the public for donations to help pay the cats' medical bills, which are expected to top $11,000.

Those expenses represent the cost of as many as four surgeries -- one each for Cedar, Bendito, Hattrick and Hobbs -- as well as the cost of X-rays and other tests, medication and care.

Cedar is a two-year-old orange tabby, who will need surgery to remove a broken femoral head. He has an open wound on his tail from when he was hit. SPCA staff describe him as "handsome and affectionate."

Hobbs is a 10-month-old kitten who needs one of his back legs amputated and will need at least a month in SPCA care to recover.

“Hobbs is such a sweet and brave kitty who has been purring the entire time he was being examined at the vet,” said SPCA Abbotsford branch manager Sarah Ringer in the release. 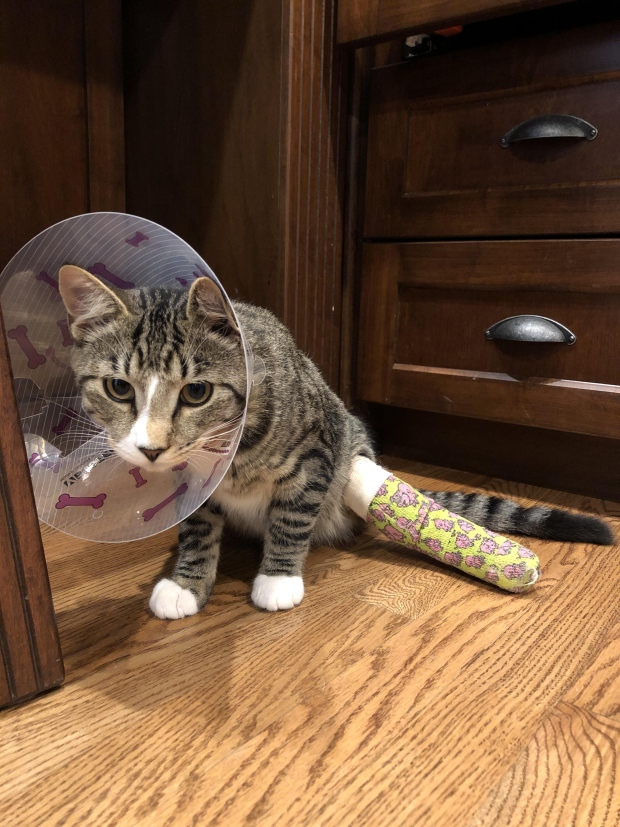 Hobbs is a 10-month-old kitten with a leg that needs amputation. (BC SPCA)

Hattrick is an eight-month-old kitten with a broken leg. For now, he has his leg in a cast and veterinarians are hoping it will heal on its own. If it doesn't, the leg will need to be amputated. 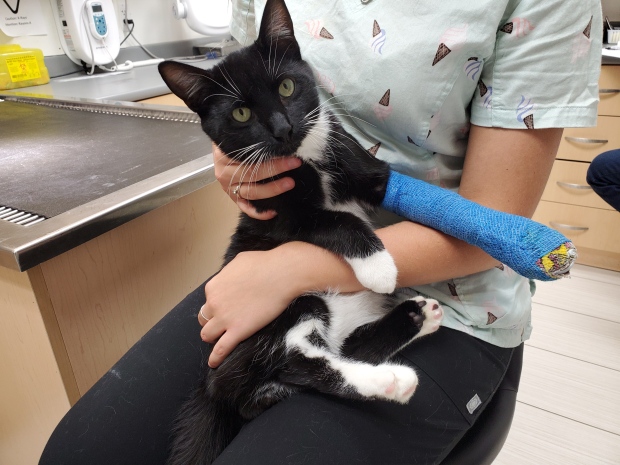 Hattrick is an eight-month-old kitten with a broken leg. (BC SPCA)

Bendito is just three months old. The black-and-white kitten has a fractured pelvis and needs additional X-rays to determine whether he will need surgery or not. 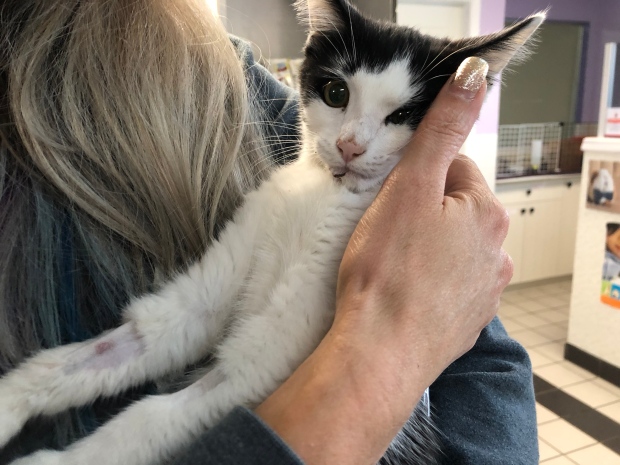 Bendito is just three months old. He has a fractured pelvis. (BC SPCA)

Those able to help are asked to visit the fundraising page for the animals or visit the Abbotsford branch in person at 34312 Industrial Way. The phone number for the branch is 604-850-1584.

BC SPCA will provide care to these cats whether or not they reach their fundraising goal. If the cost of caring for them is less than the amount that is raised in their name, excess funds will be used to provide care to other animals in the SPCA's facilities.