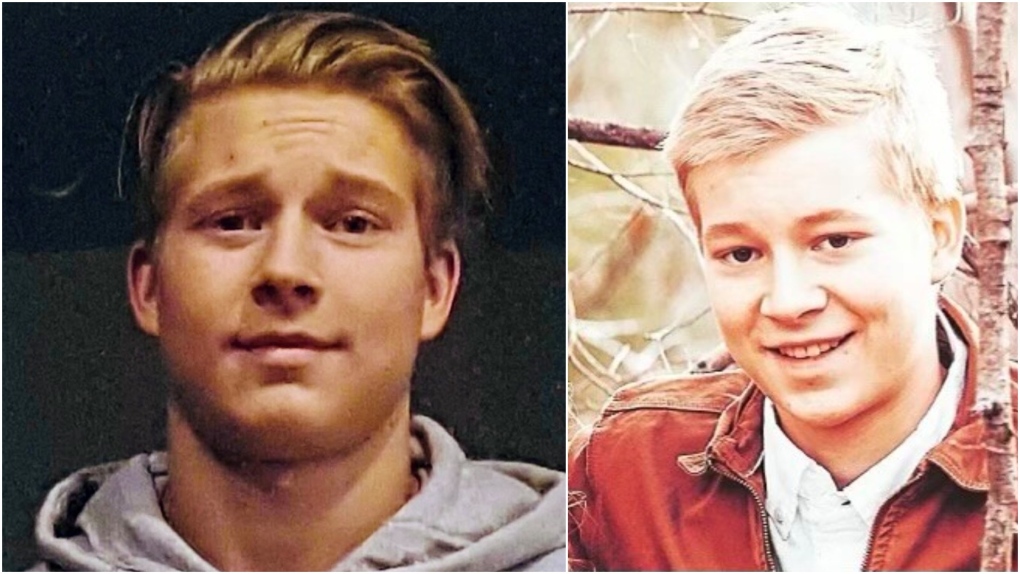 Taig Savage is shown in photos provided by the RCMP.
VANCOUVER -

Police have publicly identified a person found unresponsive at a B.C. high school last weekend as a man in his 20s.

Taig Savage was found in a field at Penticton Secondary School on Sunday, Sept. 5. The 22-year-old was taken to hospital but did not survive.

Mounties say the death of the local resident is considered a homicide, but have not provided any details on what they believe happened.

In a statement Monday, the Penticton RCMP detachment said it was releasing Savage's identity and two photos in hopes that it will further the investigation.

Officers said they know Savage was in the area of Eckhardt Avenue and Main Street at some point before he was found.

At that time, he was wearing a hooded sweatshirt and grey pants.

Investigators ask anyone who saw him in the area early in the morning on Sept. 5, had contact with him the night before and into the morning, or has more information in the case to contact police.

Toys, appliances and handbags: These are the items you may not get in time for the holidays

Experts are advising Canadians to start their holiday shopping early to avoid missing out on big-ticket items such as appliances, handbags and this year’s hottest toys as global supply chain issues continue to impact availability and price.

The pastor of a church near Steinbach, Man. remains in custody after RCMP said he was arrested on an outstanding warrant for breaking public health orders.

Anyone entering the House of Commons precinct -- including MPs -- will need to be fully vaccinated against COVID-19 as of Nov. 22, the Board of Internal Economy has ordered. The new rule starts on the day the 44th Parliament kicks off.