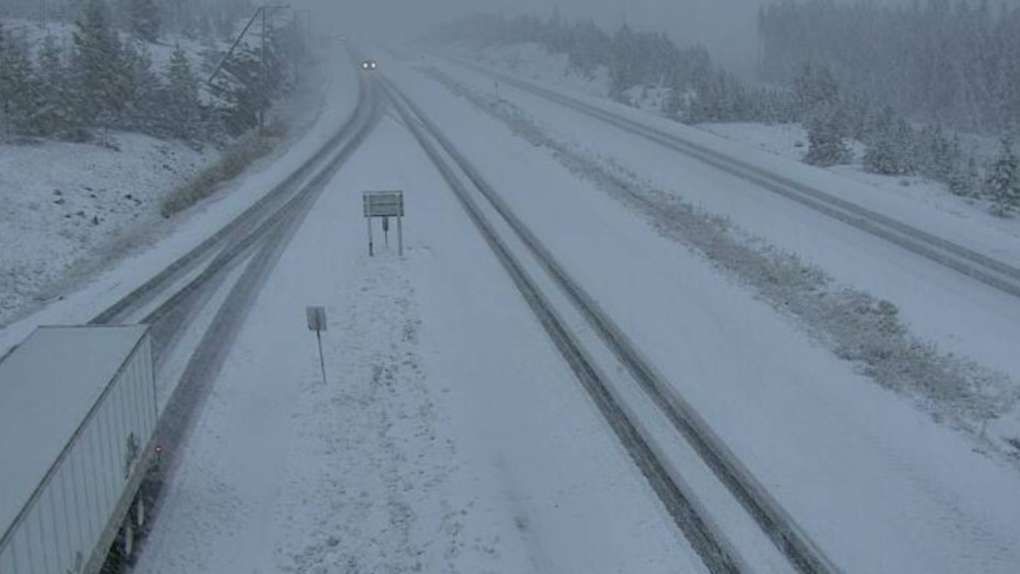 Drivers travelling between B.C.'s Lower Mainland and Interior are being warned to watch for changing road conditions after late-summer snow fell on multiple highways.

DriveBC said on Twitter the Okanagan Connector, which stretches between Merritt and Peachland, "skipped pumpkin spice" season and has "gone directly to snow."

Images shared of the highway at about 7 p.m. showed the area near Elkhart covered in white. By the next morning, the sky looked clear and the roads were plowed but snow remained on the side of the highway.

Meanwhile, part of the Coquihalla Highway was also hit by snow between Merritt and Hope. Images taken from Mine Creek showed falling flakes, though it's unclear how much actually accumulated.

It's still summer for about a week and winter tire requirements don't come into effect until Oct. 1 in B.C. Starting that day, chains or winter tires are required on most highway routes in the province.

Those rules remain until April 30, except for some highways not located in mountain passes or high snowfall areas. In those regions, the requirements end March 31.

"These routes are marked with regulatory signs posted on highways throughout the province," B.C.'s transportation ministry says. "We reserve the right to restrict travel at any time of the year depending on road conditions."

Drivers who don't have winter tires or chains on when required may be turned away and fined.